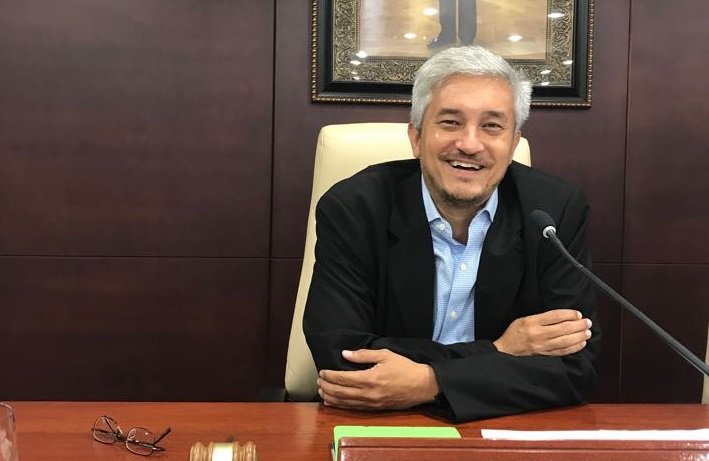 The ailing Heyliger, who was the highest vote-getter in the last parliamentary election and only Member of Parliament (MP) to earn his seat outright, was transported to the hospital from Pointe Blanche prison in the Police K9 Unit vehicle.

Heyliger suffers from severe gout and has had limited access to his medication. He had to wait most of Thursday in prison as a decision was made whether or not to take him to the hospital as requested by the urologist.

Heyliger’s wife Grisha Heyliger-Martens told The Daily Herald about the dire situation her husband is facing. A very worried Heyliger-Martens said, “Remember, he doesn’t have access to his gout medicine easily. When he is home and he has gout he can take it anytime when the pain hits. When you are incarcerated, you get it when they can give it to you – once a day and it is not enough.”

The insufficient administration of the medicine means the gout “has remained in his system longer. Normally it will stay in his system a week max, but remember he has had weeks battling it,” Heyliger-Marten said, adding her hope that her husband is properly cared for and very soon.

Heyliger has had several gout flare-ups since November 2018 with more frequent attacks since his detention on charges levied by the Prosecutor’s Office in February.

Doctors will have to determine whether or not Heyliger needs emergency surgery to clear the gout from his body. He has had a similar surgery about a decade ago after a major flare-up almost cost him his life.

Heyliger’s test results from November 2018 were reviewed on Wednesday by a medical team. Those test shows that he was already battling major effects of the gout. He has now been admitted to hospital for a re-run of tests to allow for a decision on surgery.

Heyliger is due to hear from the judge tomorrow, Friday, as to whether his detention will be extended by another 30 days. In March, the judge ordered on the request of the Prosecutor to hold him for 60 days. That period is nearing its end.

Fellow United Democrats MP Franklin Meyers had alluded to Heyliger’s condition in Wednesday’s sitting of Parliament. He also issued a warning to the “Dutch” saying: “If anything happens to Theo Heyliger, heaven help the Dutch.”

Meyers said while Heyliger “puts on a good face” to those who visit him in prison, he “is not doing well.” The suspended MP as well as other prisoners are locked indoors for 23 hours a day with barely one hour of sunshine and fresh air to survive on, said Meyers.

“I can’t accept the way he is treated,” said Meyers, who pointed out that his own son had been held under the same conditions twice in the prison.

Meyers implored Justice Minister Cornelius de Weever, who was present for the Parliament session during which he issued the warning, to look into the situation at the prison and to correct matters there as soon as possible.

Heyliger was arrested in his home on February 19. He was first held under deplorable conditions in the Philipsburg Police Station holding cells until he was transferred to the modern and more humane facilities in Bonaire. A court fight ensued about his return home and that resulted in his detention in Pointe Blanche.