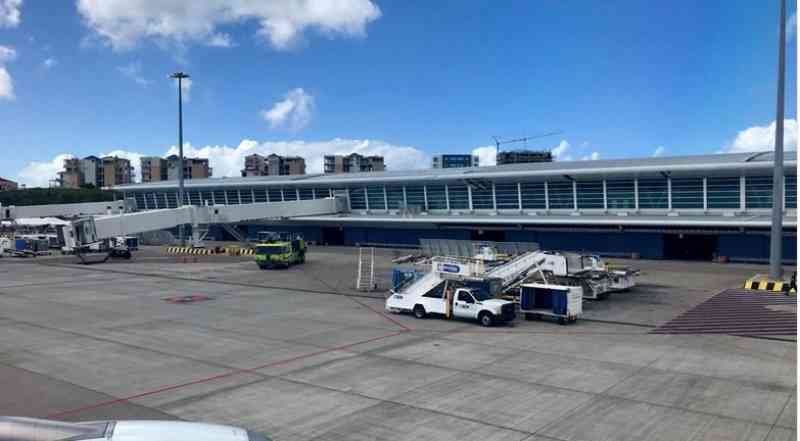 PHILIPSBURG–Windward Islands Civil Servants Union/Private Sector Union (WICSU/PSU) and the ABVO St. Maarten union jointly “demanded” on Thursday that the Council of Ministers, parliament and the Princess Juliana International Airport (PJIA) supervisory board of directors work together “to secure much needed funding” for the airport.

In a separate press release, the St. Maarten Hospitality and Trade Association (SHTA) also called for stability in government at this time.

Addressing government and parliament, the two unions said now is not the time for party politics and self-interests.

“The last thing our members and our economy need right now is instability within government. This will further prolong the much-needed injection of cash that PJIAE NV [the airport operating company – Ed.] needs in order to make payroll for February, and to begin the reconstruction process,” the unions said in a joint press release signed by their respective presidents Sophia Rismay-Peterson (WICSU/PSU) and Sharlon Catalina (ABVO).

“This has been recently confirmed by the CEO [Chief Executive Officer] of PJIAE NV Mr. Brian Mingo. The ripple effects this vote of no-confidence will have on our members and our fragile economy, which is currently struggling to strengthen, will be profound.”

The two unions will be attending the Parliament meetings today, Friday, where two motions of no confidence against Prime Minister Leona Romeo-Marlin and Minister of Tourism, Economic Affairs, Transport and Telecommunications (TEATT) Stuart Johnson are expected to be voted on.

“We would like to witness for ourselves all the members of parliament that do not have the best interest of the 270 employees at PJIAE NV and the pillar of this economy at heart,” the unions said.

In its release, the SHTA called on all parties to carefully consider what is in the best interest of the island at this time.

“On behalf of our members, and by extension in the interest of the people of St. Maarten, the board of the SHTA calls upon Parliament, both coalition members as well as the opposition, to consider the consequences of their pending actions tomorrow [today, Friday – Ed.] and what will be the wider impact to the country and the impact to our collective endeavours to improve the socio-economic circumstances of St. Maarten.”

St. Maarten cannot afford, at this time, the disruption of government that would result from the adoption of the motions of no confidence, the SHTA noted.

“Without forsaking our constitution and democratic rights, we implore on all stakeholders involved, especially at this point, to ponder and do not underestimate the value of stability vs. the cost of instability.

“Let’s, together, focus on the interests of St. Maarten and expedite the refinancing and repair of our airport, the gateway to St. Maarten. Let’s, together, work and support efforts to provide the financial means and other support to those who still need to repair their homes and/or their businesses. Let’s, together, ensure that destination St. Maarten can be properly marketed abroad and create the positive economic growth that we all so desperately need,” the SHTA concluded.

There will be three parliamentary meetings today: a debriefing of the tripartite and work visit to Suriname at 9:00am; the continuation of a meeting on the decision of the Council of Ministers to go with the Dutch government and European Investment Bank (EIB) financing proposal of US $100 million for the reconstruction of PJIA scheduled for 10:00am; and the continuation of a meeting on the current financial status of Social and Health Insurances SZV and the revenue losses since the passing of Hurricanes Irma and Maria at 2:00pm.