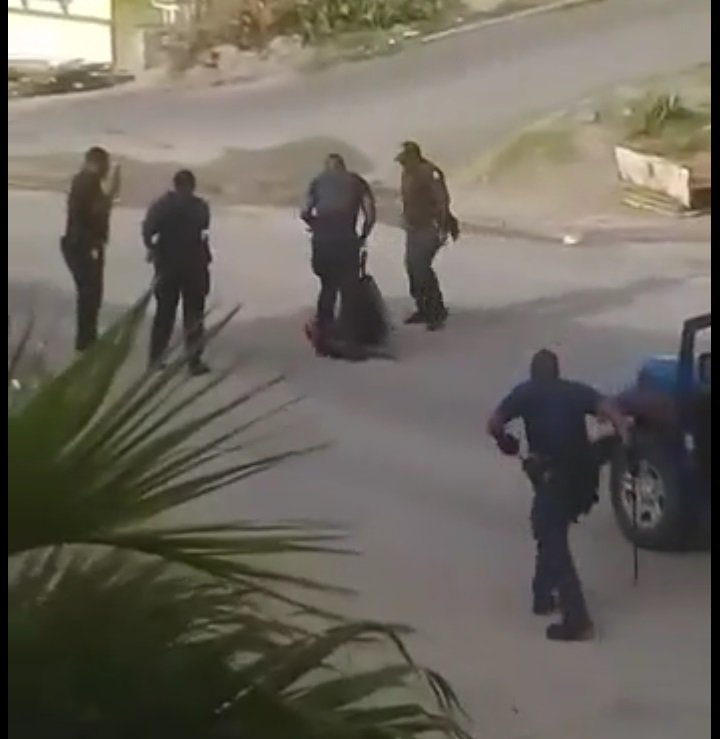 PHILIPSBURG–An unidentified man suspected of looting was severely manhandled by police officers in the Over the Bank area days after Hurricane Irma struck the island. Video footage obtained by The Daily Herald on Monday showed the man’s arrest.

Police spokesman Chief Inspector Ricardo Henson said the police are still compiling the report about the incident, but he reminded the public that the police are doing everything in their power to apprehend all those responsible for looting post-Hurricane Irma.
A zero-tolerance policy is in place and all residents are asked to cooperate with officers when being questioned. Henson said that once all information is compiled about this specific case, more information will be shared with the public.
The man was arrested by officers and was further questioned by detectives. There was no word whether the man had sustained any serious injuries as a result of the excessive force during his arrest.
According to an eyewitness’ account, the man was part of a group that broke into a nearby business. When police arrived on the scene, the rest of the group ran away.
The man was said to have been aggressive towards police. The witness told this newspaper that the man had been giving officers a hard time and the footage only shows the reaction from officers.