Home The Daily Herald UPDATE: Woman struck by a car while sitting at bus stop 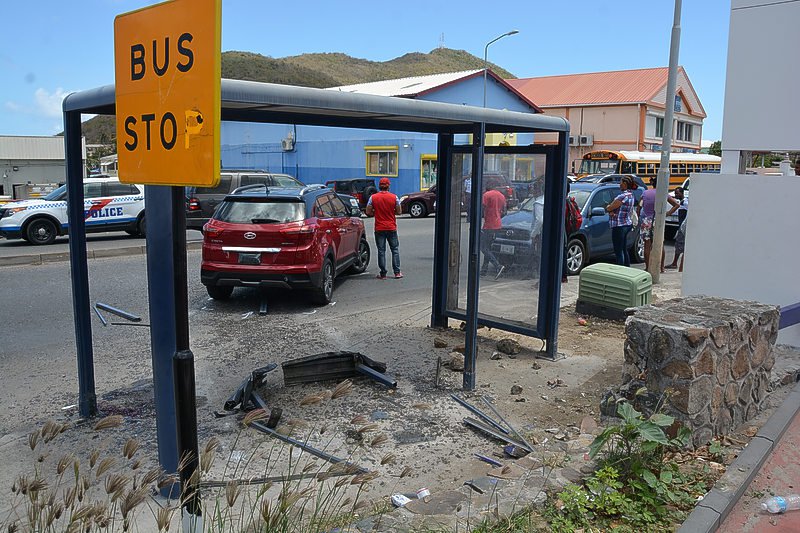 CAY HILL–A woman was seriously injured on Tuesday afternoon when she was hit by a car while waiting at a bus stop in front of insurance company Guardian Group on A.J.C. Brouwer Road (former Fatum building).

Police reported that a woman M.L.S. (40) driving a red SUV parked in the Guardian Group parking lot had put her vehicle in drive instead of reverse and ended up driving through Guardian Group’s fence and right through the bus stop, driving over the woman S.H. (51) who was sitting on the bench at the bus stop. S.h. suffered from massive bleeding and sustained multiple bruises due to the sudden blow.

The Ambulance Department and police were contacted and arrived on the scene shortly after. Police spokesman Chief Inspector Ricardo Henson was first on the scene and assisted with administering first aid to the victim.

The lady was transported to St. Maarten Medical Center for further treatment.