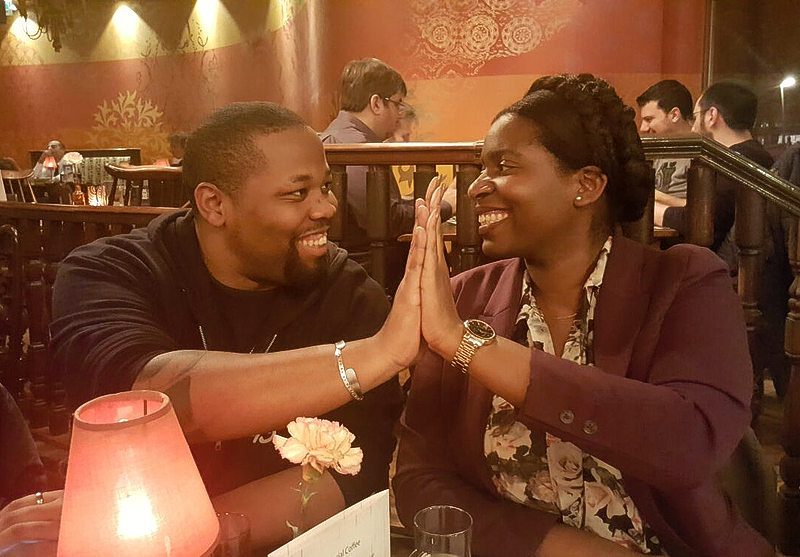 ROTTERDAM–Unleashed Potential Group (UPG), consisting of highly-motivated students and young professionals hailing from the Windward Islands, recently has agreed to work with St. Maarten Hospitality and Trade Association (SHTA) on two projects: the Cruise Conversion Programme aimed at getting more cruise passengers to return to St. Maarten as stay-over tourists, as well as SHTA’s branding programme for St. Maarten.

SHTA took notice of UPG, an initiative of a group of students and young professionals, mostly from St. Maarten, living in the Netherlands. The group offered to provide assistance and know-how “back home” with the execution of social and economic projects, without commercial benefit.

SHTA asked UPG to assist with both the Cruise Conversion Programme and the branding programme, to come up with a solid analysis, advice and action plans on how to assist SHTA and the other stakeholders on the island in the successful execution of these two strategic initiatives.

St. Maarten, the fifth most important cruise port in the Caribbean, receives in high season up to six ships per day, each with from 3,000 to 6,000 passengers. Yet, St. Maarten has found it difficult to convert the more than 2 million cruise passenger annual arrivals into higher numbers of stay-over tourists. Despite several prior attempts to do so, over time these efforts proved unsustainable and thus ineffective.

At the same time, overall cruise passengers- and crew spending in St. Maarten has been declining. Not in the least because cruising has become more affordable to the general public, thereby attracting a different type of vacationer.

UPG has expressed enthusiasm to assist in helping to turn this tide, and assist with a better utilisation and facilitation of cruise passengers, along with increasing occupancy rate of hotels and restaurants, particularly in the summer months.

As for the branding programme, UPG offered to help SHTA achieve a steep increase in the awareness of St. Maarten in Europe, including the Netherlands, Belgium and Luxembourg to attract more visitors from those countries to the island.

Both UPG and SHTA agreed that St. Maarten currently is not being marketed with a clear, unique voice, and that the old adage of the “Friendly Island” may have lost its appeal among tourists, but also no longer rings true among local residents.

St. Maarten can no longer follow the model “if you build it they will come” toward its tourism business model. Increasing competition, price sensitivity, non-existent budget, especially as compared to other destinations, and new forms of connecting to the guests, such as via social media, are among the challenges St. Maarten is facing. According to UPG, St. Maarten tourism lacks a recognisable brand abroad, and the island is especially not well-known as a holiday destination in Europe.

UPG was asked to help SHTA to use it expertise to assist in efforts to promote SHTA’s new branding initiative developed collectively by St. Maarteners who know the best aspects of their island, and to present a unified and strong communication for St. Maarten, both on and off-island.

Last week, UPG came together in Rotterdam to discuss the first projects with SHTA’s Executive Director and its Board. A project team has been formed with Ryan Fleming, Solange Wilson, Leslie Rogers, Shaquille Peters, Raymond Nicodem, Albert Brooks and Michelin Hodge.

The multidisciplinary team is excited about putting their expertise to good use and working alongside SHTA for the betterment of St. Maarten. For more information, go to www.unleashedpotentialgroup.com.