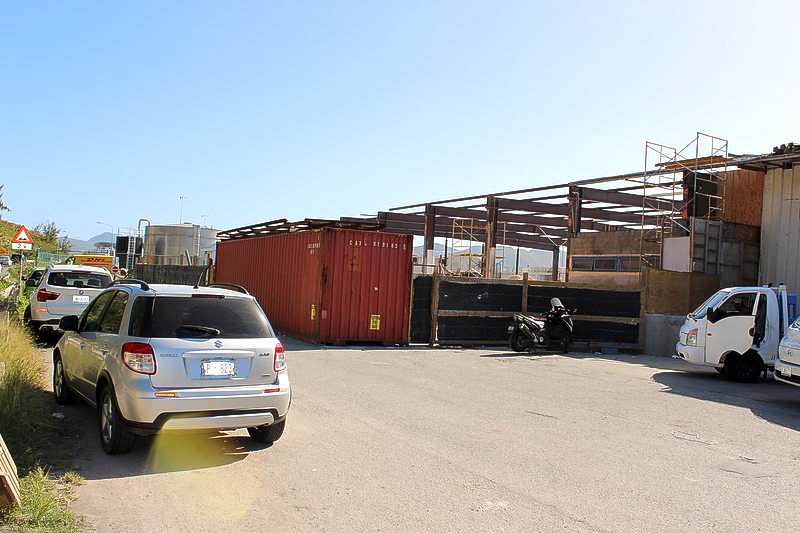 AIRPORT–Renovation works of the cargo building of Princess Juliana International Airport SXM, which should have been completed in March 2016, continue. Vendors have already moved out of the old building and recently into the newly constructed building.

The Daily Herald contacted Airport Marketing Department Head and Deputy Chief Executive Officer (CEO) Larry Donker with questions concerning the construction, but did not receive any answers. Talisien Construction NV is the contractor for the estimated US $3.5-million-dollar contract.

This newspaper understands that the reason for the delay had to do with court cases initiated by cargo facility tenants who had issues with the amount of rent charged by the Airport at the new cargo building. However, parties reached agreements out of court and the construction could move forward as planned.

The Airport has always stated that the renovation of the cargo building is necessary given the importance of positioning Airport SXM as a cargo hub for the sub-region. Temporary offices were constructed to accommodate the cargo handlers during the construction period.

The cargo building has been in need of renovations and improvement for a long time, and is part of the capital improvement programme on which the Airport embarked at the beginning of 2013, after securing the funds on the international financial market in December 2012.

The renovations of the cargo building will include the re-organisation of office spaces, more cargo storage and parking areas, the upgrading and expansion of the restrooms and will have to comply with Fire Department Regulations.