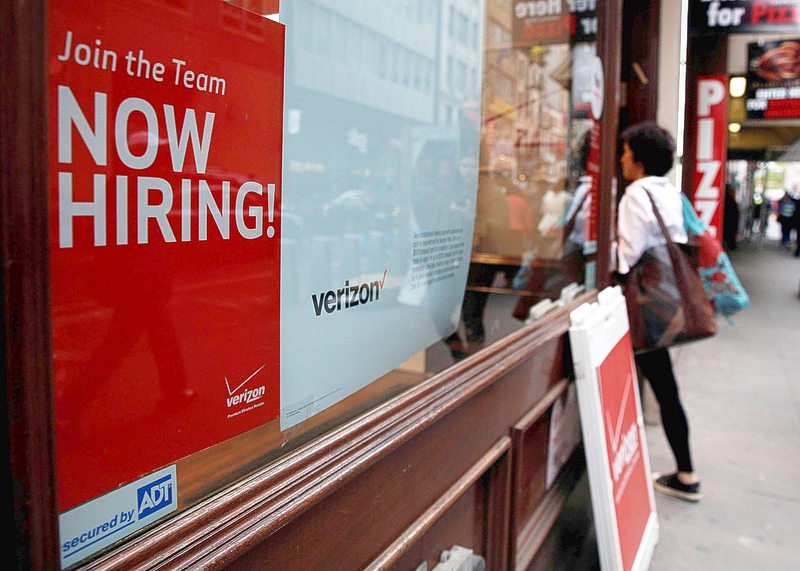 WASHINGTON–U.S. job growth surged in June as manufacturers and other employers boosted hiring, confirming the economy has regained speed after a first-quarter lull, but tepid wages suggested the Federal Reserve will probably not raise interest rates soon.
Nonfarm payrolls increased by 287,000 jobs last month, the largest gain since last October, the Labor Department said on Friday. May payrolls were revised sharply down to show them rising 11,000 rather than the previously reported 38,000.
The sign of strength in the economy, however, precedes Britain’s stunning vote last month to leave the European Union. The so-called Brexit referendum on June 23 roiled financial markets, raising fears that sustained volatility might hit companies’ hiring and investment decisions.
“For the Fed, this report is likely to offer some encouragement on the underlying labour market backdrop, though it is unlikely to change the current ‘wait and see’ policy stance as they assess the fallout from the Brexit vote,” said Millan Mulraine, deputy chief economist at TD Securities in New York.
The Fed raised rates in December for the first time in nearly a decade. Financial markets expect no further increase this year, but economists believe a December hike is possible if the economy continues to grow and add jobs at a steady clip.
Last month’s payrolls tally beat economists’ expectations for an increase of 175,000 jobs. While the unemployment rate rose two-tenths of a percentage point to 4.9 percent, that was because more people entered the labour force, a sign of confidence in the jobs market.
With the jobless rate rising, average hourly earnings increased only two cents or 0.1 percent in June, suggesting some slack still remains in the labour market. That took the year-on-year gain in earnings to 2.6 percent from 2.5 percent in May.
Economists say wage growth of between 3.0 percent and 3.5 percent is needed to lift inflation to the Fed’s 2.0 percent target. A top Fed official said this week the central bank would like to see inflation accompanied by wage gains.
“Wage growth remains subdued, which could reflect the fact that there is still slack in the labour market,” said Michelle Meyer, a senior economist at Bank of America Merrill Lynch in New York. “Or perhaps it is a function of low inflation expectations and low productivity, which restricts the ability or desire of businesses to raise wages.”
U.S. stocks rallied on the employment data, with the main indexes rising more than 1 percent. Prices for longer-dated U.S. government debt rose, while the dollar was little changed against a basket of currencies.
The strong rebound in June payrolls added to data on consumer spending and housing in suggesting that economic growth accelerated from the first-quarter’s anemic 1.1 percent annualized rate. The Atlanta Fed is currently forecasting the economy growing at a 2.4 percent pace in the second quarter.