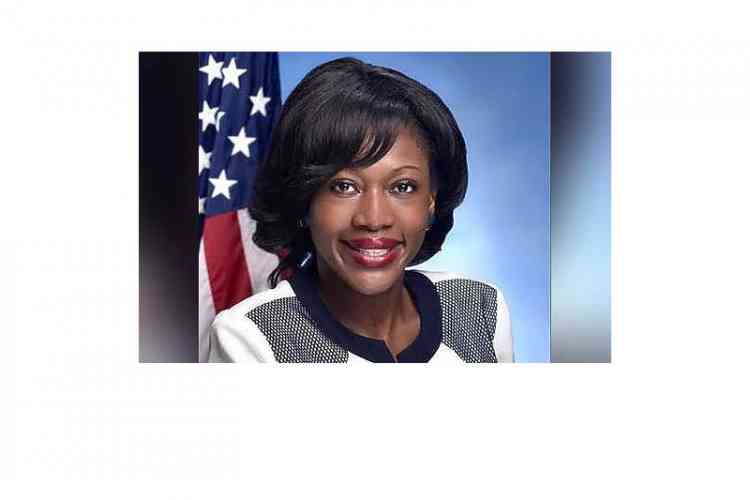 Richardson: This is a call for clarity in terms of government response to gun violence and a demand to make the fight for our lives a priority (Photo courtesy of 43rd Assembly District)

NEW YORK, (CMC) — A Dutch Caribbean American legislator has called on officials in New York State to do more to address gun violence. According to Diana Richardson, the daughter of immigrants from St Maarten and Aruba, with over 455 shootings in Brooklyn since July 29, families are putting their lives on the line “just by living their everyday lives”.

“Gun violence is not a mere issue, it is an epidemic, and it is imperative that the State of New York do more,” said Richardson, who represents the 43rd Assembly District in Brooklyn, in an e-mail message to constituents on Saturday.

“Looking back to 2016, I entered my first budget cycle and was shocked to find that the largest county (Kings County in Brooklyn), in the state of New York, did not have gun-violence funding,” she added.

“There was a substantial amount of advocacy to obtain a mere US $600,000 in SNUG funding, which was a far cry from the minimal sent to other boroughs,” she continued. “This also marked the first time Brooklyn has had its own funding line of SNUG funds.”

When implemented, she said this includes attacking and interrupting potentially violent conflicts, identifying and treating high risk occurrences, and mobilising the community.

“Our small victory of SNUG funds was a start, but, every year, we must go back and fight for funding for lives within the Legislature,” Richardson said. “This stark reality left legislators devastated, including myself in 2017.

“We were promised that our US$600,000 would be maintained that budget cycle through funds announced from the Vital Brooklyn Initiative through the governor,” she added. “Unfortunately, when the budget came to the floor, there was no money for Kings County.”

The assemblywoman said her advocacy for the community in a closed conference was painted in the public as “tantrum over a pet project.”

But she said, in reality, she was “fighting friendly fire for lives”.

In the wake of the mass shooting in the Brownsville section of Brooklyn earlier this month, Richardson said she has seen responses from all levels of government, “but the question is why don’t we do more to prevent such tragedy?”

She said she has asked the state to ensure a steady funding stream for violence prevention for Kings County.

“We should not come back to the table to fight for a basic need of US$10 million dollars annually,” Richardson said. “The legislature received a layout of increased butchered funding from US$1.3 million to US$4.3 million, where US$3.5 million was federal-funded with criteria mandates that changed who could receive the fiscal distribution of funds as previously stated by Governor (Andrew) Cuomo.”

In addition, she said the groups slated to receive the US$4.3 million are not all existing groups on the ground.

“This is a call for clarity in terms of government response to gun violence and a demand to make the fight for our lives a priority,” Richardson said.