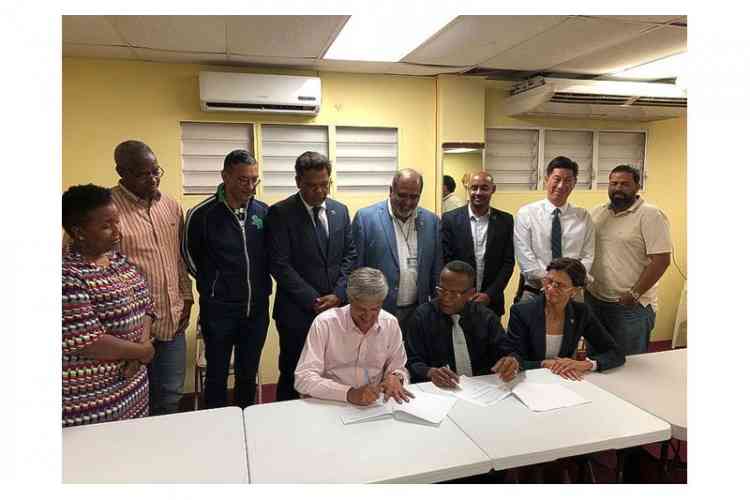 PHILIPSBURG–In the estimation of the United St. Maarten party board by the time the Dutch government is done with imposing conditions on St. Maarten, in return for assistance and support, the country “will essentially be completely taken over by the Dutch.”

“It is still blackmail, no matter how you twist and turn it … we wonder how much longer the so-called ‘patriots’ of the governing United Democrats and Christian Party coalition will tolerate what is happening. And if you are wilfully tolerating it, then you might as well tell the people the truth that you are giving away their country,” the opposition party board said in a statement issued Tuesday.

The governing coalition is “failing” the country at everything including its defence against the Dutch government’s increasing demands, according to the party board.

After months of drama and discord within the coalition ranks, the country has “to tolerate a government that is allowing the Netherlands to cherry pick what it wants on St. Maarten in terms of conditions in return for liquidity support,” said the party board. “The people of St. Maarten deserve better than non-stop episodes in a sad soap opera called the UD/SMCP Coalition.”

The Dutch government has told the local government that Members of Parliament must take a salary cut for St. Maarten to get further liquidity support from The Hague. This, among other demands, to the cash strapped government, has the party board miffed. The party is represented by two MPs in the legislature – Frans Richardson and Rolando Brison.

“They [the Dutch government] want to be part of the discussion about our government-owned companies, our institutions and more. Under whose authority you might ask? The authority given to them by the UD/SMCP coalition who apparently was elected to answer to the politicians in Holland, not the people of St. Maarten,” said the party board.

Some coalition MPs “talk a good game” in Parliament, “even admitting that MP William Marlin [National Alliance] was right about the intentions of the Dutch, but not one has shown any fortitude to say to their appointed ministers and their prime Minister in particular, that enough is enough,” said the party board.