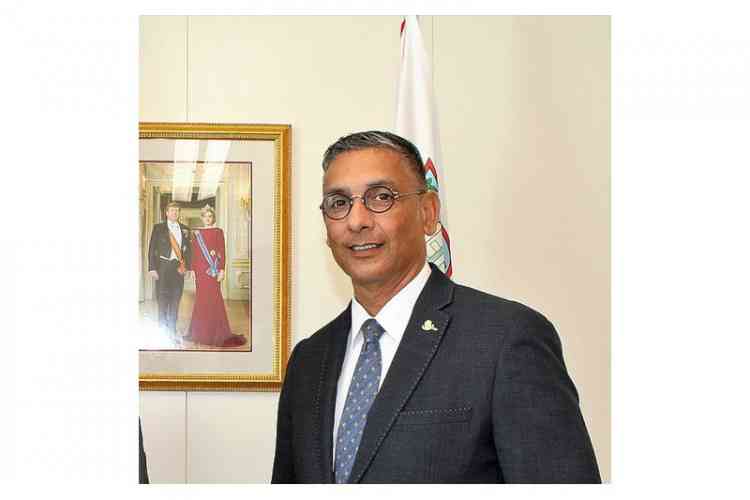 PHILIPSBURG–The United St. Maarten Party (UP Party) board has fingered Finance Minister Perry Geerlings as the leaker of information about a recent meeting between government and bondholders of Princess Juliana International Airport.

The prime minister is “advised” by the opposition party board to save taxpayers money “by simply looking at her own minister of finance as a possible leak. It was the Minister of Finance who commented on the failed meeting of the St. Maarten delegation with the bondholders of the airport.”

Commenting on a radio statement made by the prime minister about the leaker, when found, could possibly be fired or locked up, the party board said, “We dare say then the minister of finance is in serious trouble.”

The opposition party board statement comes after Prime Minister Leona Romeo-Marlin has called on the National Detectives to investigate the source/s of continuous leaks of confidential information from within the government.

Romeo-Marlin, according to the party board, “is now on a wild vendetta to find some imaginary person who she claimed leaked information … the prime minister has taken the issue so personally, that she decided to make her rounds in the media to push the investigation like some badge of honour.”

The investigation is a cover up of government’s “failure at negotiating” with the Dutch government. “Now, to cover that up or to try and deviate, the prime minister commissions an investigation into trying to find a leak,” said the party board.

The prime minister “is doing her already low reputation with the civil service no favours with such an investigation and wasting precious time and resources,” said the party board.

She “has avoided pertinent questions” and “is not telling the public about roofs … recovery or about the airport … but, finds the time to start an investigation about a leak of information she should be sharing anyway,” said the party board.