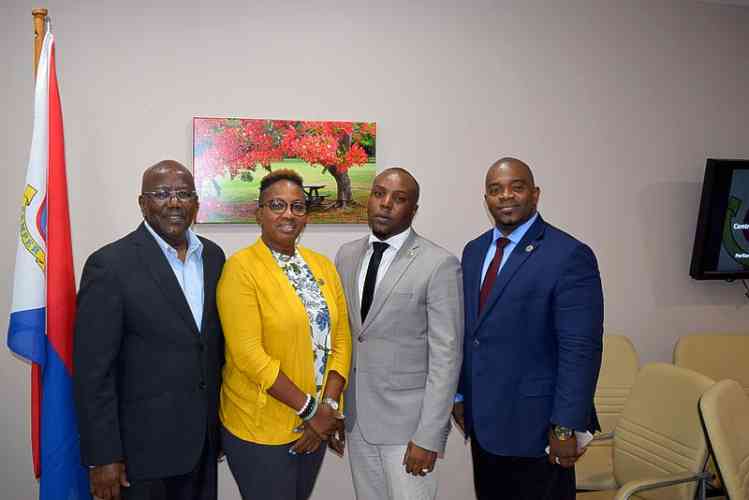 PHILIPSBURG–Establishing United States (US) pre-clearance is the number one priority in the airport’s reconstruction, said National Alliance (NA) in a press conference on Thursday.

According to them, the government has misled Parliament regarding alternative avenues for reconstruction financing.

“We, as Members of Parliament, especially from the opposition, have been asking over and over, ‘are there any other options besides the World Bank and the European Investment Bank [EIB – Ed.]?’ … And what do you get from the government? ‘There is no other game in town. Nobody else ever came to the table.’

“… Now we see that that is not true. This government continues … to mislead the general public, to mislead Members of Parliament.

“Pre-clearance is tantamount and most important to this country.

“You hear the Minister of Finance [Perry Geerlings] saying, ‘we don’t need [pre-clearance] now.’ … But we have, in this proposal, where Vidanova is saying, ‘we would fund that,’” said Emmanuel.

According to Marlin, the government seems to be putting US pre-clearance on a backburner by focusing on rebuilding the airport without it.

“I would rather see if we only have x amount of money, and it can’t cover everything, that we invest, firstly, in the pre-clearance facilities. Rebuilding the airport to what it used to be, without including pre-clearance, is not moving us forward. All it is doing is fixing what we had. I’m not saying we shouldn’t fix what we had, but we need to step up to the next level,” he said.

Marlin also said US pre-clearance gives St. Maarten a competitive advantage over other tourism-based economies in the Caribbean. He said it would attract more private jets to St. Maarten, as they would be able to land at private US airports with pre-clearance, avoiding having to first land at a commercial airport. It would also attract more commercial passengers, as they could make connecting flights more easily.

“If [other financing] is available that is better for the country, it should be properly explored. And if it is not better, then you should prove that. Because now the public, and we, as Members of Parliament, are aware that this possibility exists,” concluded Jacobs.