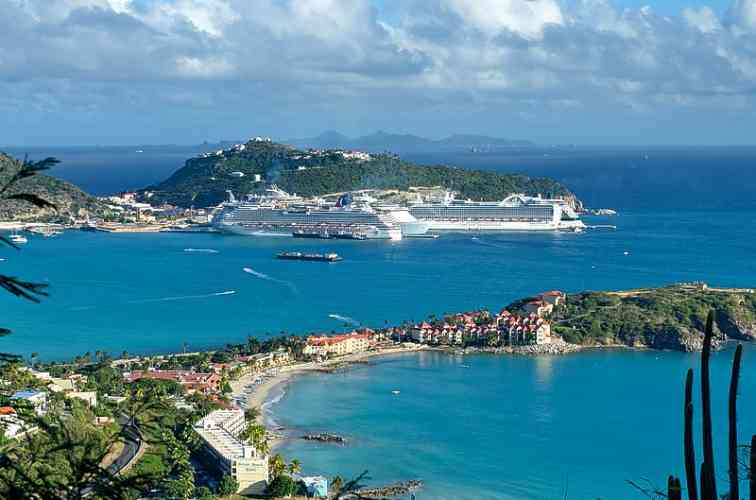 In fact, the only Caribbean/Central American countries left off this year’s INCSR are the US Virgin Islands and Puerto Rico, both US protectorates, along with Martinique, Guadeloupe and French Guiana, all three of them overseas departments of France.

The US even added itself to the list of major money-laundering jurisdictions along with the United Kingdom, Spain and the Netherlands, all three founding members of the Organisation for Economic Co-operation and Development (OECD). The latter works closely with the European Union (EU) on tax-avoidance issues and creating the “Tax Haven Blacklist” that seeks to first “name and shame” and then penalise countries that it has found to be tax havens and money-laundering centres.

The US is a founding member of the Financial Action Task Force (FATF), the international financial-crimes watchdog that also works in conjunction with OECD on tax-avoidance- and tax-fraud-related matters.

The INCSR also stated in its report “that the development and implementation of effective anti-money-laundering (AML) regimes consistent with international standards and the ability to meet evolving challenges is clearly vital to the maintenance of solvent, secure, and reliable financial, commercial and trade systems.”

It furthermore said this law enforcement’s objective is consistent with the US’ “2018 national security strategy and the 2017 executive order 13773, enforcing federal law with respect to transnational criminal organisations and preventing international trafficking.”

The report also mentions the work its parent governmental agency the US State Department through the Bureau of International Narcotics and Law Enforcement Affairs INL has done regarding bi- and multi-lateral cooperative efforts to strengthen criminal justice systems and law enforcement agencies around the world.

Through INL’s various international programmes, as well as in coordination with other State Department bureaus, US government agencies, and multilateral organisations, the INL addresses a broad range of law enforcement and criminal justice areas.

For example, the INCSR report highlighted initiatives undertaken in the Eastern Caribbean with St. Vincent and the Grenadines when the high court granted a recovery order forfeiting approximately US $33,000 (EC $100,000) in a fraud and money laundering case.

The recovery order is the first granted in the Eastern Caribbean under the proceeds of crime act (POCA) and sets the stage for further civil recovery actions against assets belonging to serious organised criminals. This order is said to be the culmination of more than six years of INL-assisted reform, technical assistance and training efforts in the Eastern Caribbean led by INL’s Caribbean financial crimes advisor.

The report states that the “INL assisted in the drafting and passage of the POCA; helped establish a Civil Asset Recovery Division (CARD) within the St. Vincent and the Grenadines FIU [Financial Intelligence Unit – Ed.]; provided training for investigators, attorneys, and the judiciary; and mentored the CARD throughout this case. As mandated by the POCA, the government will use recovered funds to support criminal justice agencies in St. Vincent and the Grenadines.”

The INCSR does not indicate whether US sanctions or additional pressure will come as a result of being put on the major money-laundering centres list. Unlike the EU’s money-laundering and tax-haven blacklist, the INCSR list is primarily to provide further guidance on AML regimes around the world, as the report went on the flesh out the rationale behind listing every country involved.