Home Headlines & Top Stories UVI wants to run USM as one of its branches in St... 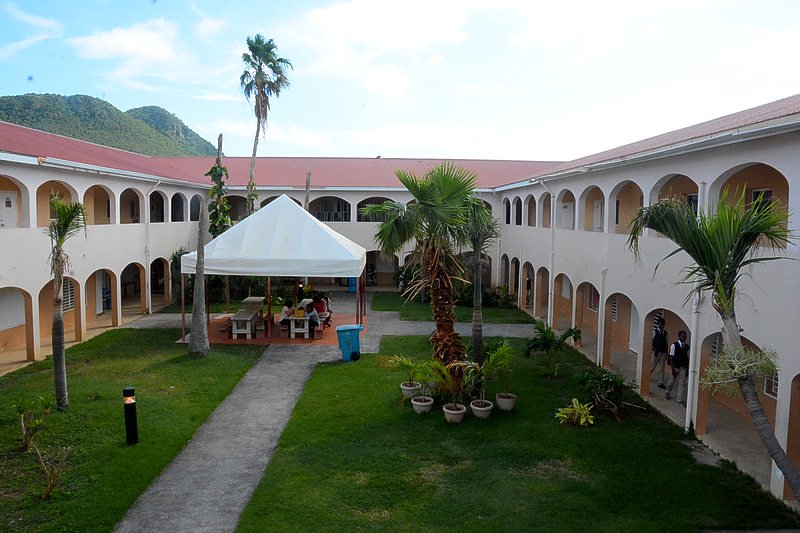 PHILIPSBURG–University of the Virgin Islands (UVI) has proposed to restructure and run the cash-strapped University of St. Martin (USM) as a branch of UVI in St Maarten.

This was part of the information provided to Members of Parliament (MPs) during a meeting of the Central Committee of Parliament that focused on the situation at USM on Monday.
Education Minister Silveria Jacobs told MPs that UVI had informed authorities during a recent meeting that they had been engaged in talks with USM geared towards assisting the institution with “rescuing the semester.”
More than a month ago, USM said it would be forced to close its doors by the end of October if government did not increase its subsidy substantially. This was not possible. USM President Dr. Francio Guadeloupe and Dean of Academics Genève Phillip-Durham have since resigned.
In the meantime, authorities have asked Governments Accounts Bureau SOAB to include an audit of USM’s financial reports from 2013 to 2016 in Government’s audit plan. SOAB will present the results of the audit to the Ministry of Education, Culture, Youth and Sports (ECYS).
Jacobs said this outcome will be crucial for any requests from USM concerning subsidy.
“USM’s request for an increase in subsidy needs to be handled just like any other subsidy request, and if granted, it will be given under specific conditions,” she said.
SOAB conducting the USM audit is expected to be a significant financial relief for USM as the institution has not presented audited financial reports to government for several years and the institution has cited the high cost of audited reports as a barrier. Jacobs said USM submitted financial reports until 2014. Pending are the ones from 2015 and 2016. These reports were unaudited, despite the stipulation in Article 16 of the Subsidy Ordinance that audited reports are required.
As for the way forward for USM, Jacobs said in addition to the results of the SOAB audit, the possibilities to secure funding for higher education can be explored and authorities will work towards finalising the ordinance on higher education to get higher education regulated in the country.
She said one possible long-term solution for USM could be having USM become a public university, which would mean restructuring of the board and improved transparency and accountability.