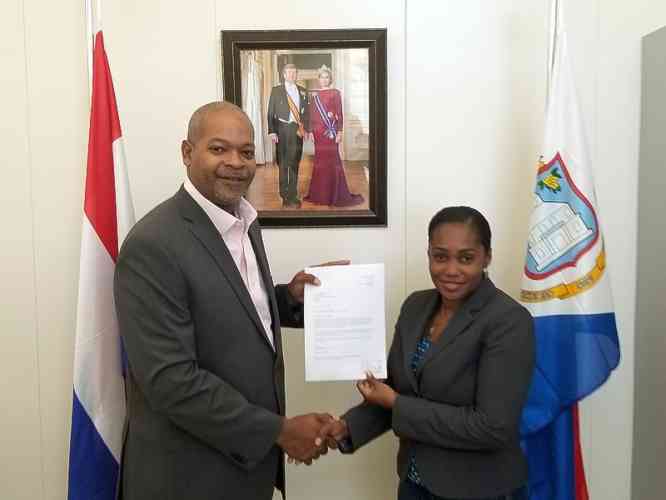 POND ISLAND–Proposals for amendments to the rent and electoral ordinances have been submitted to Parliament and the Council of Ministers by parliamentarian-hopeful Valya Lake-Pantophlet.

Those amendments will need to be picked up by either the legislative or executive branch for actual tabling in Parliament. The current legislative process only allows for a Member of Parliament or a Minister to propose legislation. Should Lake-Pantophlet, a candidate with United St. Maarten Party (US Party) for the February 26 election, earn a seat, she can take up the drafts herself.

One of her proposals is for an update to the Rent Ordinance that dates to 1939 and regulates rent prices for homes with a value of up to NAf. 650,000. She wants the new amount to be based on the current value of dwellings – the actual living space to be rented, not the entire building.

On electoral reform, Lake-Pantophlet wants the law to change from allocating the seats in Parliament to parties to assigning them to the 15 highest vote-getters across the board, the introduction of the election of Ministers instead of appointment, and the introduction of district-based elections, similar to the Westminster model.

Lake-Pantophlet, who suggested her reforms be put to residents in a referendum, said her proposals show how “serious” she is about the responsibilities that come with becoming an MP.