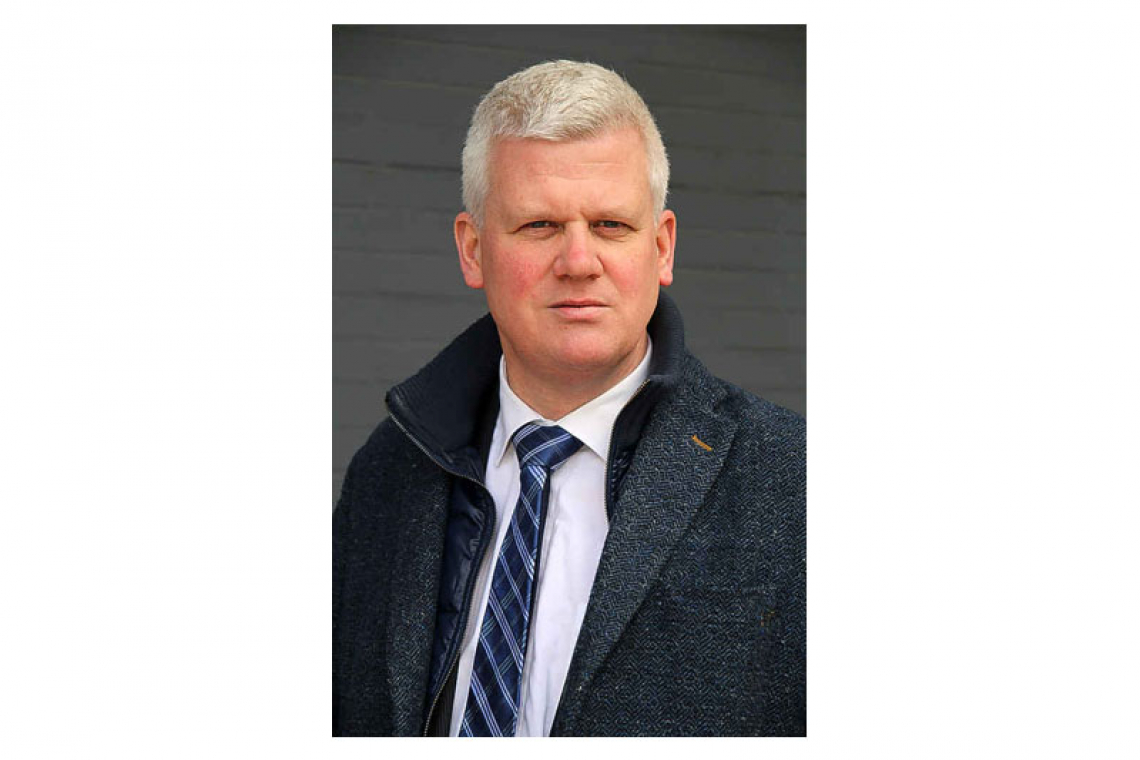 THE HAGUE–A Netherlands-appointed director should assume management at St. Maarten’s Pointe Blanche prison and prison management should be taken out of the hands of the St. Maarten Justice Minister, according to Member of the Second Chamber of the Dutch Parliament Chris van Dam of the Christian Democratic Party CDA.

He announced in an interview with The Daily Herald that he would relay this message during the handling of the 2021 Kingdom Relations budget in the Second Chamber on Tuesday. “In my opinion, a director should be appointed on behalf of the Netherlands as soon as possible. It doesn’t matter if it is someone from the Netherlands or not, but he or she should report to the Kingdom Council of Ministers and not to the St. Maarten Minister of Justice.”

St. Maarten has not been listening to the advisors in the area of justice, the Law Enforcement Council and the St. Maarten Progress Committee, Van Dam noted. Both advisors have pointed out time after time that the situation at Pointe Blanche is untenable, that human rights are being violated and that improvements are direly needed.

“St. Maarten has proven that it is incapable of effectively managing the prison and guaranteeing human rights at the facility. St. Maarten has reached the bottom of what is acceptable. Coming from a Christian family, I always learned that how we treat vulnerable persons, widows, widowers, orphans, physically and mentally persons, and prisoners, defines our level of decency,” said Van Dam.

He said that in his previous job as prosecutor he had demanded a few substantial punishments in terms of prison years. “But when you send someone to prison, it needs to be a decent facility where human rights are guaranteed and the inmate has the possibility of resocialisation.”

This is not the first time Van Dam has brought up the issue of the detention situation in St. Maarten. In two earlier motions, which were adopted by Parliament, he called for intervention by the Dutch government in St. Maarten’s law enforcement, in particular the prison. Despite the broad support in the Second Chamber, it is unclear so far how the motions are being carried out by the Dutch government.

“I have tried everything. I have lost complete faith that St. Maarten has the capacity and the willingness to truly address this matter. I am not tolerating that this continues any longer. As far as I am concerned, we have reached the end of the road and the Kingdom should take over,” he said.

Van Dam noted that the Kingdom has a role in securing human rights. This is defined in the Charter. “As the Netherlands, we tell other countries that they violate human rights, but we don’t act when it happens in our own Kingdom. If we don’t have things in order within the Kingdom, who are we to point fingers at others?”

On Van Dam’s request, a general debate will be scheduled in the near future focusing on a single theme: the detention facilities in St. Maarten. Minister for Legal Affairs Sander Dekker and State Secretary of Home Affairs and Kingdom Relations Raymond Knops will be invited for this debate.

“This is the first time that Minister Dekker will be specifically asked to attend a debate on this issue. It is also the first time that the St. Maarten detention facilities will be the sole subject in a debate,” said Van Dam, who noted that if need be, he would request a continued debate and submit yet another motion on this topic.

Van Dam will also bring up another matter during the handling of the Kingdom Relations budget in a plenary debate this Tuesday: St. Maarten’s stance in the discussions with regard to the liquidity support during the COVID-19 crisis and the Dutch conditions.

According to Van Dam, St. Maarten is isolating itself in the negotiations, while Aruba and Curaçao are at least talking with the Dutch government. St. Maarten has not complied as yet with the conditions of the second tranche of liquidity support and as such, Knops has put the talks with the country on hold.

Van Dam said the “it is, it isn’t discussion” would ultimately hurt the St. Maarten people. “St. Maarten stands alone in this discussion, and that is very unwise.” He said the countries could disagree with the Dutch conditions, but at least they should keep talking with the Netherlands, like Aruba and Curaçao do.

He said he was very concerned about the situation, especially when he heard about St. Maarten’s own initiatives to solve the liquidity crisis by, for example, selling shares of the government-owned companies to “dubious persons.” “I am worried that people will become dependent on water and electricity supplied by persons who are guided by self-interest, persons with bad intentions.”

Van Dam called on St. Maarten to join with Aruba, Curaçao and the Netherlands in the negotiations. “We can only get out of this together, by talking with each other. St. Maarten should not be headstrong, because the people will suffer in the end.”