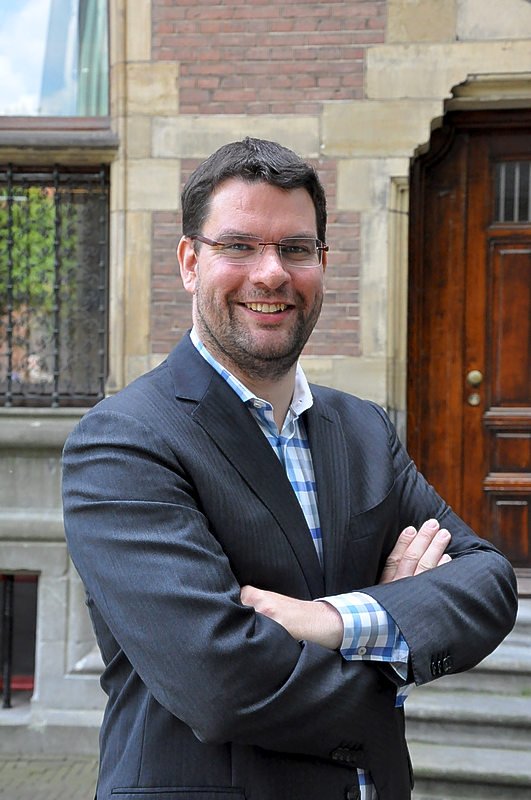 THE HAGUE–Children’s rights – creating an atmosphere where children grow up with ample opportunities and a chance at making the best of themselves – they were the red thread of departing Member of the Second Chamber of the Dutch Parliament Roelof van Laar of the Labour Party PvdA. In fact, children’s rights was the start of his political aspirations.

Van Laar (35) is saying farewell to the Second Chamber today, Wednesday, after a term of close to four years, with a heavy heart because he would have loved to stay on for another term. Being number 45 on the PvdA slate, it was a very long shot for Van Laar to get re-elected; and, with his party securing only nine seats in the new Second Chamber, Van Laar and many of his colleagues are leaving today.

Van Laar became a Member of the Second Chamber’s Permanent Committee for Kingdom Relations mid-2013. From the onset his focus was on contributing to the social-economic development of Dutch Caribbean and to eradicate poverty. He especially wanted to make things a little bit better for the children of Bonaire, St. Eustatius and Saba.

He never left an opportunity unused to remind members of the Dutch Government about the special responsibility that The Hague had for the three smaller islands as Dutch public entities; the duty to fight poverty, invest in the social-economic development and children’s rights.

Various reports have shown that many children do not have an easy life on the islands, and that bothers Van Laar, formerly the director of a foundation that fought against child labour and child prostitution in countries such as India and Pakistan.

“Many children don’t get the attention and love they deserve, some are abused. They don’t get a fair chance in life. Education is not at the level that it should be. Unfortunately, that is the reality for many children in the Caribbean Netherlands. Later in life, these children run into all kinds of trouble,” he said in an interview with The Daily Herald.

Children are innocent; they barely have influence on their situation in this world and they deserve extra attention and our help, explained Van Laar. He noted that children have a flexibility that enables them to recuperate rather quickly when you invest in them. “That is why it is so important to eradicate poverty, because it helps these children. These children will be faced with the consequences if they cannot fully participate.”

One of the means to improve the situation for children is through the child benefit allowance (“kinderbijslag”). Van Laar was a catalyst for the introduction of this allowance and its subsequent increase shortly after the implementation of this regulation in the Caribbean Netherlands per January 1, 2016.

According to Van Laar, State Secretary of Social Affairs and Labour Jetta Klijnsma supported the child benefit for the Caribbean Netherlands, but PvdA’s coalition partner the liberal democratic VVD party was not in favour. Making use his position as a Member of Parliament (MP), Van Laar launched a proposal for the introduction of the child benefit, later on followed by a plea to raise this allowance.

Van Laar said he was struck by the VVD’s stance on the child benefit. “I found it highly peculiar because it concerns the wellbeing of children within the Netherlands. Being part of the Netherlands, the children on the islands have the same rights. I was highly irritated with the VVD acting as if people are different on the islands. In the opinion of the PvdA, everyone is the same.”

Establishing a social minimum for the Caribbean Netherlands is another issue that Van Laar continuously brought up in meetings. In the opinion of Van Laar and many of his colleagues in both the Second and First Chamber, establishing a social minimum is a vital tool in the fight against poverty on the islands because it ascertains a minimum standard needed to cover the bare necessities.

“It is a lengthy difference of opinion between the Parliament and the Government. Parliament wants the Government to move faster on this issue,” said Van Laar. “Everyone in the Netherlands has a right to a social minimum,” he said, explaining that when one has a very low income, there are different allowances that one can apply for.

Asked about the relations within the Kingdom, in particular the relations between the Netherlands and the Dutch Caribbean, Van Laar said that there was “too little joint understanding” of what the countries really wanted and to solve the issues together. “It seems as if there is more attention to enlarge the problems than to solve them.”

The politicians on the islands play an important role in terms of arriving at real solutions.

The MP said that there was “more than enough money” on the islands to achieve a balanced social-economic development. “It is a matter of sensibly dividing and spending the money; however, the political willingness is lacking. I see all this wealth in St. Maarten, yet at the same time there is poverty, labour exploitation, and abuse in the prostitution sector. It seems to me that the willingness lacks to truly tackle these social injustices,” said Van Laar.

In his opinion, there has been little progress in the three autonomous countries Aruba, Curaçao and St. Maarten. “And having Gerrit Schotte in the Curaçao Government is certainly no progress. The islands need to work on true progress by ensuring that youngsters can have a decent education, by securing jobs and creating an atmosphere of general development. This will automatically result in less crime.” He praised the efforts of the law enforcement sector to tackle undermining and corruption.

As for the future of the Kingdom, Van Laar said he feared that things would continue muddling on. “The islands will stick with the Kingdom and will not become independent as long as there are no politicians offering real solutions. Once in a while the Netherlands will intervene when things get out of hand.”

After his farewell today, Van Laar will remain involved in children’s rights. He said that he was most willing to assist and provide advice in this area that is so dear to him.