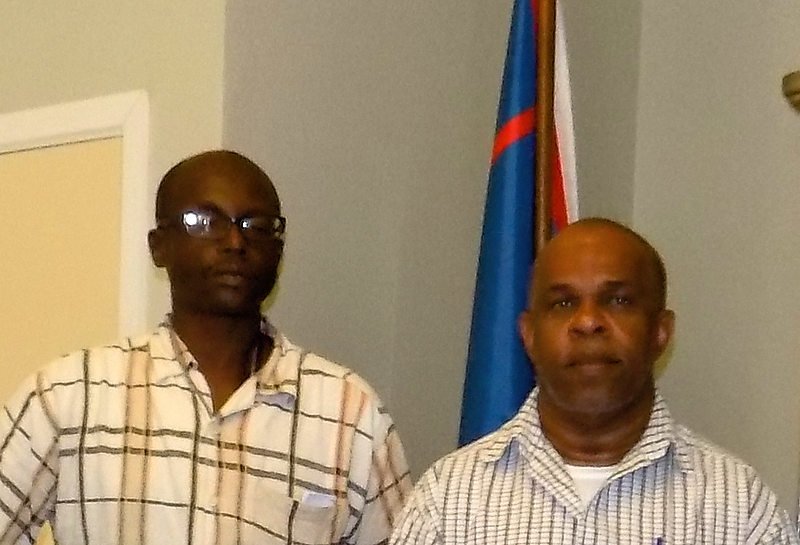 ST. EUSTATIUS–Island Council Members Clyde van Putten and Reuben Merkman have expressed disappointment in what they see as the imminent appointment of Jenny Thunnissen as Acting Island Governor.

Merkman and Van Putten said Secretary General of the Ministry of Interior and Kingdom Relations Richard Van Zwol had said the Dutch Government had intended to offer additional personnel to help build capacity in the local Government. Van Zwol conveyed these sentiments in meetings held with the Island Council, its fractions and the Executive Council.

Representatives of the Island Government were open to receiving the support offered under certain conditions, but did not expect such an appointment. Van Zwol, according to the two Island Council members, promised to report his findings as well as a proposal made by Statia’s Executive Council in a letter to him of February 14, to his minister. He promised to inform the Island Government of Statia on the next steps the minister intended to take.

Representatives of the Statia Government also made it unequivocally clear in meetings with Van Zwol that the involvement of Thunnissen would be unacceptable. This, Van Putten and Merkman said, was communicated to the minister in writing after a video-conference with the Kingdom Representative on January 7, 2017. “We don’t believe that appointing Ms. Thunnissen to any position aimed at supporting the local Government can pass the test of good governance and good intentions on your part,” the two said.

“It is very unfortunate that despite the frank and open talks which we assumed we had with you (Van Zwol) and your delegation, it is now clear that you were not open, transparent and of good faith throughout your visit. As a matter of fact, it is clear that you did not intend to disclose the full purpose and intentions of your visit, which is to silently take over the local Government under the guise of offering support with capacity building,” the two members said.

They had pointed out to Van Zwol on numerous occasions that the allegations leveled at the local Government has to be substantiated by Dutch Ministry of Home Affairs and Kingdom Relations BZK and the Dutch Parliament to establish what the problems really are. This is in line with what VVD Parliamentarian André Bosman was quoted as saying during a debate on December 15, 2016. Bosman at the time expressed concern about administrative chaos and the rejection of the island’s budget even though US $700,000 was paid to KPMG to “clear up the budgetary situation.”

The Island Council Members said also that without a clear joint analysis and understanding of what the perceived problems are, reaching concrete agreements on how temporary additional support will be provided, making provisions for structural solutions and going through the entire process in a proper manner, it is impossible to achieve true and lasting progress.

“If you and your minister are truly committed to achieving said lasting progress, we strongly urge you to take the right approach towards the process and continue with an open and transparent dialogue with the relevant stakeholders and taking the concerns and opinions of the local Government into serious consideration.”