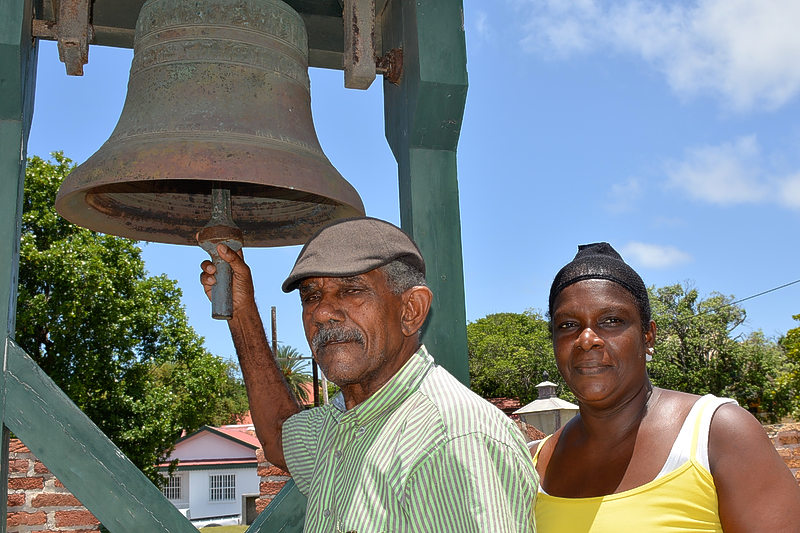 Van Putten has turned up three times a day to ring the bell in all types of weather, including hurricane winds and storms, for the past 20 years. He never took a sick day and is now a local legend. He is often described as “the man who is never late.” He used to ring the bell at 6:00am, 12:00noon and 6:00pm daily.

“I do not drink and always go to bed at 9:00pm to rise at 5:00 in the morning,” he said.
Prior to his post as bell ringer, Van Putten worked at the local police station for 47 years. He was decorated eight times, including receiving a medal from Queen Beatrix and her mother Queen Wilhelmina, for these roles. He keeps fit by walking around the island daily and eating a healthy diet. He is a proud father of 19 children.

“I will not miss ringing the bell now at the age of 80,” he told The Daily Herald. “I have rung the bell for the last time, but it has not been lost time. I have enjoyed every second of each hour that I have toiled. My daughter Michele and son Boney have taken on the task. Perhaps I shall sneak out from time to time to ring it once more.”

Local historian Walter Hellebrand said the bell was cast by Royal Eijsbouts in Asten, the Netherlands. It was donated in 1978 by the company that was contracted for the restoration of Fort Oranje. The original bell had cracked. That bell had been used to indicate the time slaves had to be inside and to signal an alarm and summon the civic guard – as happened during the slave revolt of 1848.