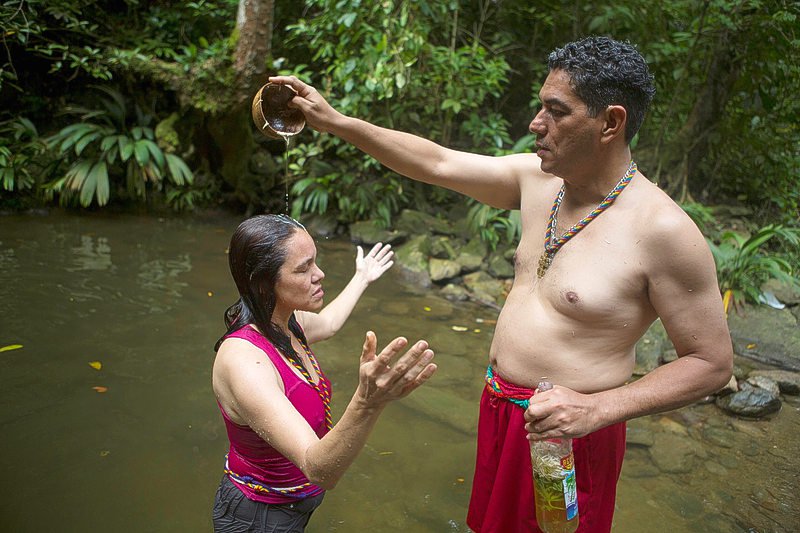 Those who travel to the mountain known as Sorte in central Venezuela are practitioners of a cult that is built on local indigenous traditions. Followers say its rituals heal pain and can even cure disease.
Legend holds that Maria Lionza, the daughter of an indigenous chief and a European colonizer, battled a massive anaconda until the serpent exploded – causing torrential rains that are typical of the jungle surrounding Sorte. “Those of us who recognize our ancestral roots pay homage to our queen in the sky by offering spiritual services, helping cleanse people, leading prayer and seeking to do good,” said Alexis ‘Suami’ Samarena, a devout follower of the religion.
Maria Lionza’s followers congregate at Sorte on October 12, which in Venezuela has been dubbed “Day of Indigenous Resistance” in response to celebrations of Christopher Columbus traditionally observed on the same day.
There are no official figures on how many followers of Maria Lionza exist in Venezuela.  However, the cult’s influence has spread sufficiently beyond the South American nation’s borders that Panamanian salsa legend Ruben Blades dedicated a song to Maria Lionza in 1978.
Spiritual rituals that combine Roman Catholic teachings with African and indigenous legends are routinely practiced side-by-side with Christianity, primarily by Venezuela’s working class. Santeria, a religion native to the Caribbean that combines the Yoruba traditions of West African slaves with Catholic teachings of Spanish colonizers, is also popular among those seeking spiritual guidance outside the Catholic church.
Santeria devotees dress in white and in some cases perform animal sacrifice to pay homage to spirits known as Orishas. Venezuela’s Supreme Court in June agreed to hear a request to annul a ban on animal sacrifice, a case brought by a lawyer who practices Santeria.
A separate spiritual group known as “paleros” hold ceremonies in which the followers commune with the dead in a set of traditions that also come from Africa.
Venezuela’s economic crisis, however, has limited many of the traditional ceremonies of these spiritual groups. Triple-digit inflation has left many unable to afford the materials needed for ceremonies.”When people realize (the cost of) a bottle of liquor necessary for a ritual, they no longer think of rituals but rather about buying food for themselves and their family,” said Samarena. 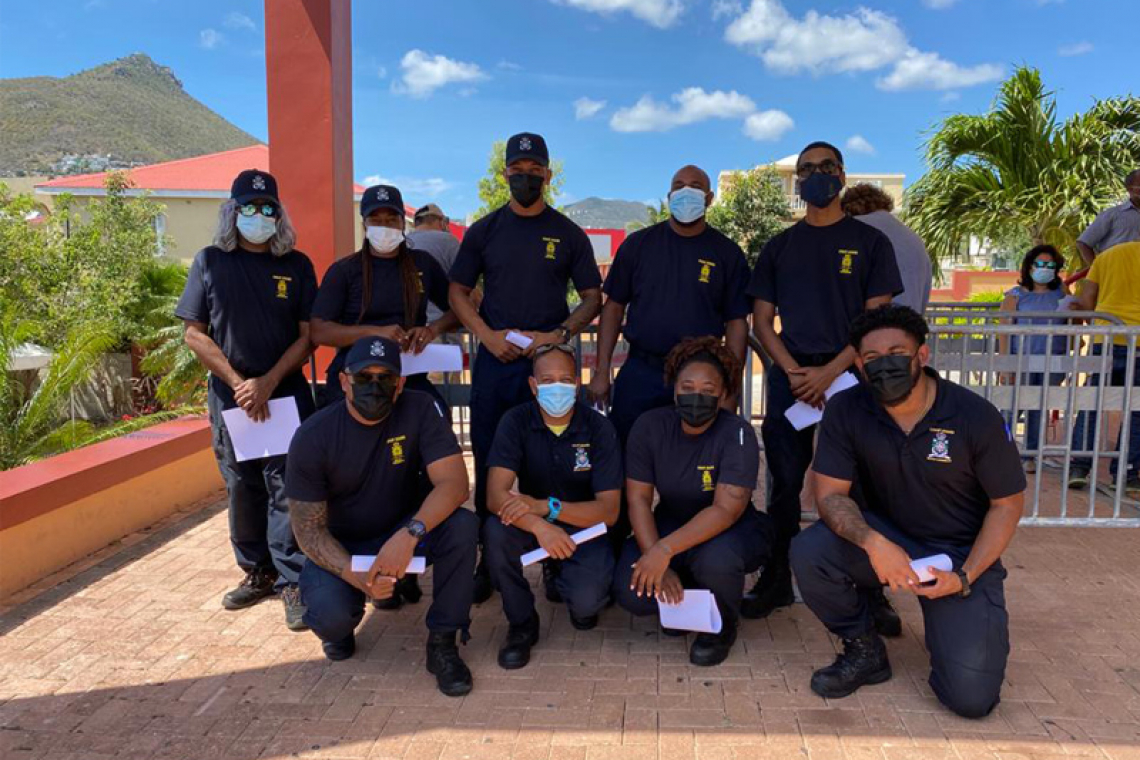