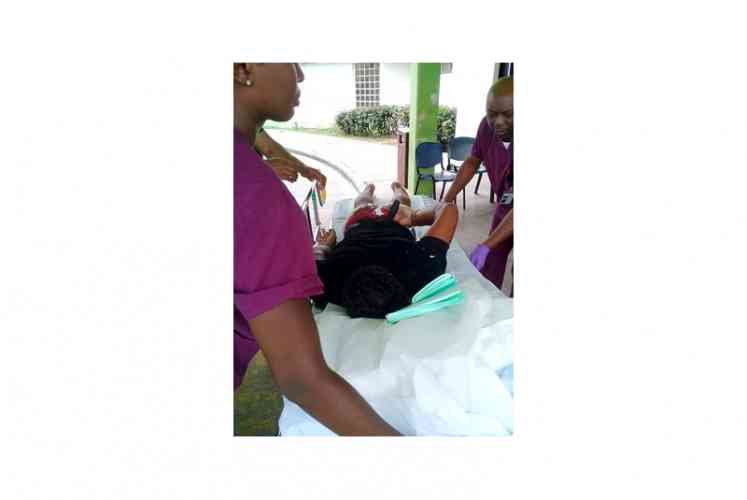 ST. PETERS–Reports reaching The Daily Herald suggest targeted violent attacks against Venezuelan nationals living in the St. Peters district. On Sunday morning, a group of men stabbed a Venezuelan man living in the district in the back. Residents of the district are requesting proper lighting on the streets by Utilities Company G.E.B.E and more attention from the police, who are aware of what is taking place.

Reports indicate that a group of men living in the district noticed that the Venezuelans do odd work around the neighbourhood. The Venezuelan workers are often harassed and robbed at gun point, not just on the road but at their homes.

The St. Peters bandits seem to be aware that the nationals work in the district and elsewhere and get paid per day in cash in most cases. On Saturday evening, the man who was stabbed on Sunday morning was robbed by a group of men.

On Sunday morning, the victim along with others went to look for their items and a fight ensued causing the man to get stabbed. The group of Venezuelans rushed their friend to the Emergency Room where he was assisted by doctors. This newspaper contacted the police for comment about the case on Sunday evening, however, Police spokesman Chief Inspector Ricardo Henson said police are not aware of any stabbing that took place.

“We are gathering information about the incident; however, no official complaint or call came into the police station concerning the incident. No information about the alleged incident is available at this time,” said Henson. Residents in St. Peters have already started to fight back against the unjustified robberies in their district by throwing bottles at anyone who now tries to rob any bar and its patrons.

One bar in St. Peters was a victim of robbery two times within the last three weeks. According to one resident, “The robbers usually appear quickly from dark areas and disappear again. You cannot see them coming. It is not a safe feeling and somebody will get killed if some sort of serious crackdown isn’t executed in the district,” said the resident. Last month, a group of men robbed a home on Soursop Road, held the Venezuelans living at the home at gun point, took their valuables and left the scene on foot. Police detectives are still investigating the break-in.