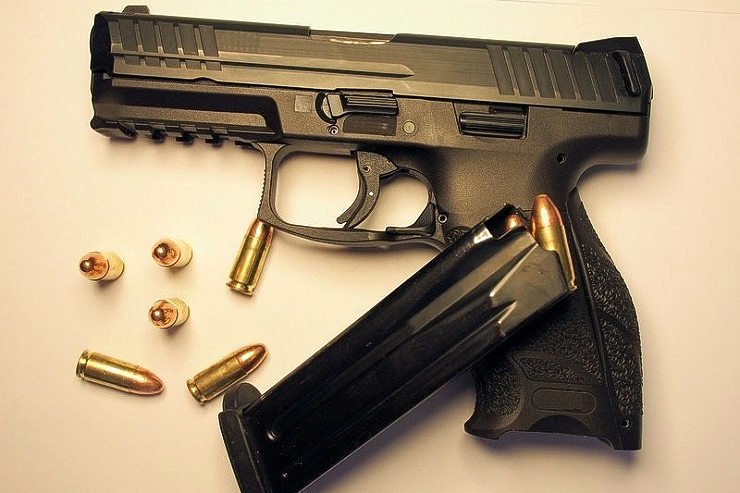 PORT OF SPAIN, Trinidad–Venezuelans and Trinidadians are bartering on the high seas, selling and/or exchanging arms and ammunition for food and basic commodities.

These trades also take place at some of Trinidad and Tobago’s remote coastal ports, according to Assistant Superintendent of Police (ASP) Vernly Gift of the Organised Crime, Narcotics and Firearms Bureau (OCNFB).
He made the comments Wednesday at the police weekly briefing where he said there is a need for greater monitoring of the numerous ports of entry scattered along Trinidad and Tobago’s coastline.
While the smuggling of guns and ammunition from South America is not new, there are concerns that the economic crisis in neighbouring Venezuela which has resulted in shortages of basic goods could exacerbate the problem and result in guns being exchanged for food and supplies on a larger scale.
ASP Gift said most guns and ammunition entering the twin-island republic originated in the South American mainland and North America. With regard to guns and ammunition originating in North America, he said the illegal weapons were usually concealed in shipping barrels, shipping containers and household appliances such as washing machines, stoves, refrigerators and water heaters.
“These items are cleared and received by the consignees at the legitimate ports of entry,” Gift said, adding that with the use of technology and greater co-operation from members of the public there has been an increase in the seizure of illegal guns.
He said the Police Service had seen a 32 per cent increase in the seizure of illegal guns and a 153.6 per cent increase in the recovery of illegal ammunition.
From January 1 to September this year, 545 illegal guns and 16,671 rounds of illegal ammunition were seized compared to 450 illegal guns and 6,575 rounds of ammunition for the same period last year. (Adapted from Trinidad Guardian) ~ Caribbean360 ~