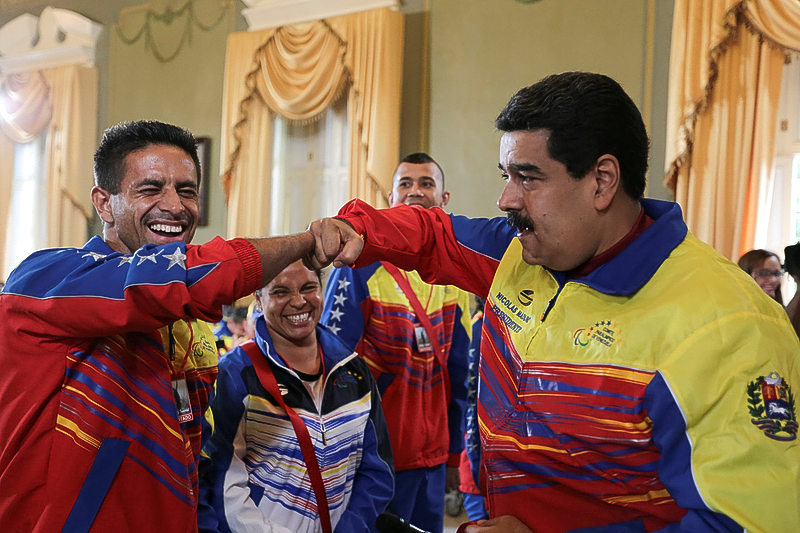 CARACAS–Foes of President Nicolas Maduro vowed protests and accused Venezuela’s election authority on Thursday of ignoring voters by dashing hopes for a referendum this year on recalling the unpopular socialist leader.

The election board says a potential plebiscite could only happen in early 2017, meaning should Maduro lose, as polls suggest he would, his vice president would take over according to the constitution. That would keep the Socialist Party in power at least until the next presidential election in late 2018.
The opposition, who blame Maduro for a deep economic crisis, had wanted a plebiscite this year as that would trigger a new presidential election. “They are violating the constitution,” said Jesus Torrealba, head of the Democratic Unity coalition, promising massive street demonstrations. “The country is ready to fight.”
Opposition leaders were meeting on Thursday to prepare their response. Some hardliners might now push for an abandonment of the referendum in favour of civil disobedience tactics, while others will probably argue removing Maduro next year is still worth it because of the damage to the government’s legitimacy.
“The moderate faction is more likely to prevail, but keeping hopes alive that a referendum can lead to genuine change will be an uphill struggle, and opposition divisions risk coming to the surface, exactly as the government intended,” said Nicholas Watson, an analyst with Teneo Intelligence.
Venezuela’s state-led economy is suffering a third year of recession, with shortages of basics from bread to painkillers, vast shopping lines and triple-digit inflation. The government has blamed the opposition for the delay because the coalition’s 30 diverse groups took three months to reach a consensus on a push for the referendum. Officials are also trying to torpedo a plebiscite on accusations the coalition committed fraud in a preliminary signature drive earlier in the year.
“A recall referendum in 2017 is very improbable because there is proof of massive fraud,” said Socialist Party official Jorge Rodriguez after a meeting with election authorities.
As well as pushing a potential plebiscite into 2017, the election board rejected opposition demands that the next phase – collecting signatures of 20 percent of the country’s registered voters requesting the referendum – should be at a national level, with 19,500 voting machines available. Instead, the board said the 20 percent threshold must be met in each of Venezuela’s 23 states, during the Oct. 26-28 signature drive, and only 5,400 machines would be available.
Opposition leader Henrique Capriles, who has led the referendum drive, urged activists to continue their push for change. “We are the big majority, 80 percent of the country. We are millions and we will make them count,” he said.