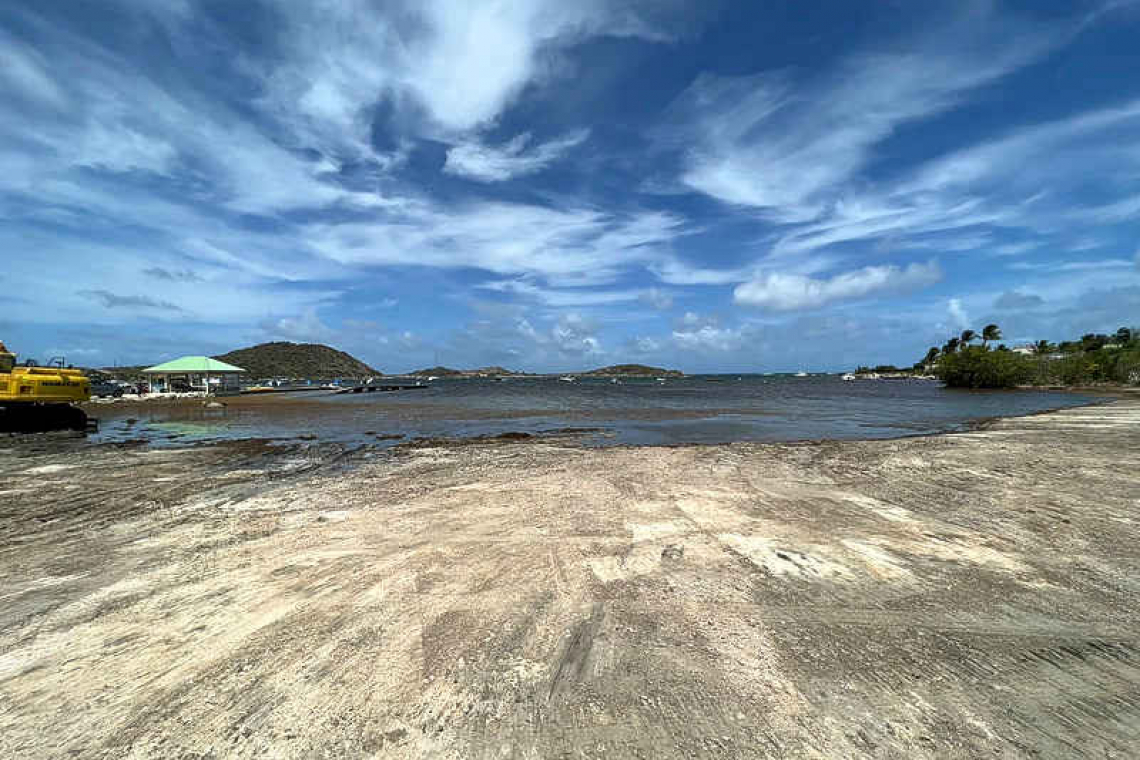 A photo of Cul-de-Sac Bay taken on August 5 showing very little Sargassum weed in contrast to the massive influx covering the whole bay a week ago. (Collectivité Our News photo)

MARIGOT–Second Vice President of the Collectivité Bernadette Davis visited Cul-de-Sac Bay on Friday to see first-hand the progress with collection of Sargassum weed. She was accompanied by Préfecture Secretary General Fabien Sésé and the Collectivité’s teams.

Davis praised the work done in recent days, which has led to a considerable improvement in the appearance of the bay as well a reduction in hydrogen sulphide gas emitted from decomposing Sargassum.

As part of the requisition, 120,000 square metres of surface area has now been cleaned. This represents around 4,000 tonnes of Sargassum collected and transported to the eco-landfill for re-cycling.

More Sargassum weed has been arriving, so the work continues this week under the direction of the Collectivité’s Environment Service. Collection has also been continuing at other beaches, but Cul-de-Sac Bay has been the worst affected.

Thanks to combined efforts, Pinel Island is accessible again by boats and ferries. President Louis Mussington and Davis are closely following the operations.

The Collectivité is mulling over a project to prevent Sargassum from threatening the bay in the future. This project will be discussed with the State representative.

Meanwhile, a Sargassum Committee will soon be scheduled, following the ministerial announcements that the State will take over 80% of operating expenses until October 1.