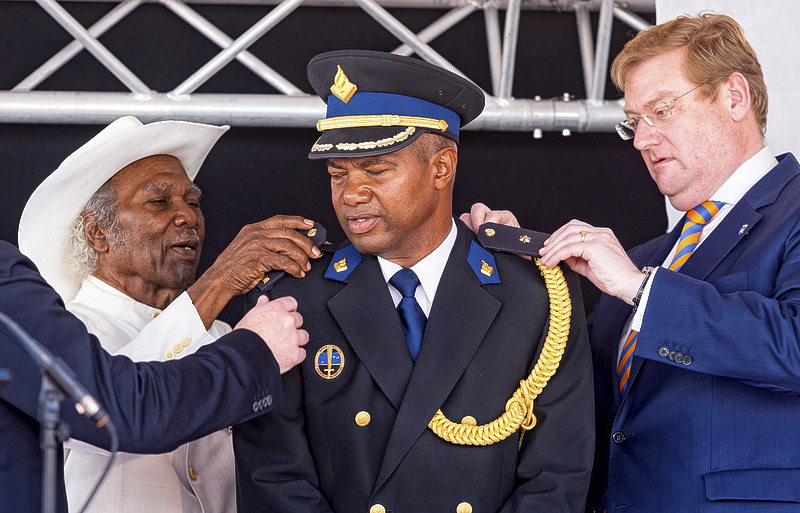 THE HAGUE–Victims of violent crimes in Bonaire, St. Eustatius and Saba will be able to get a compensation from the Dutch Criminal Injuries Compensation Fund (Schadefonds Geweldsmisdrijven) by mid-2018.

Dutch Minister of Security and Justice Ard van der Steur announced this on Thursday during his working visit to Bonaire. The Minister informed the Second Chamber of the Dutch Parliament of his decision by letter on the same day. Member of the Second Chamber Jeroen Recourt of the Labour Party PvdA had asked to include the Caribbean Netherlands in the Compensation Fund.

The Compensation Fund, currently only available to residents of the Netherlands, provides financial compensation to victims and survivors of violent crimes that have suffered serious physical or psychological injuries.

The perpetrator remains primarily responsible for the compensation of the damage. However, if the victim fails to obtain compensation for the damages caused by the offender, a victim or survivor can turn to the fund.

“This is an important step to further improve the position of victims in the Caribbean Netherlands,” said the Minister in a press release. In the letter he sent to the Dutch Parliament, he stated: “During my working visit to the Caribbean Netherlands, I understood that much significance is given to the expansion of the fund as an important step in doing justice to victims.”

Van der Steur stated he has also concluded that there are feasible ideas on how to put this expansion into practice at a reasonable cost. “Considering all this, I have arrived at the conclusion that it is of importance to expand the working area of the Compensation Fund to the Caribbean Netherlands.”

The Dutch law regulating the Compensation Fund will have to be adapted to make this expansion possible. Forms and brochures will also have to be made in the local languages, and a working process will have to be drafted to handle applications from victims and survivors.

The Victims Assistance Unit at the Caribbean Netherlands Police Force will probably provide a supportive role to help victims and survivors with the filling in of the application form, which will then be handled by the Compensation Fund in the Netherlands.

Considering the crime figures of Bonaire, St. Eustatius and Saba, the Minister expected to receive some fifty applications per year. “It concerns a total amount of about 100,000 per year, on the basis of an average payable amount of 2,000 euros per case.” The added cost of the support of the Victims Assistance Unit has been calculated at 25,000 euros per year.

The Minister expects that the law will be presented to the Second Chamber shortly after this summer. The adapted law would come into force around the middle of 2018. This should provide sufficient time for the necessary preparations on the islands, as well as by the Compensation Fund. The law will be evaluated after 5 years.

Van der Steur visited the Dutch Caribbean this week. He met with his colleague Ministers of Justice of Aruba, Curaçao and St. Maarten at the so-called Judicial Quadripartite Consultation, the JVO in Aruba.
In Bonaire, Van der Steur installed the new Chief of the Caribbean Netherlands Police Force KPCN José “Jossy” Rosales, whose appointment went into effect on January 1. Rosales is a native of Bonaire.