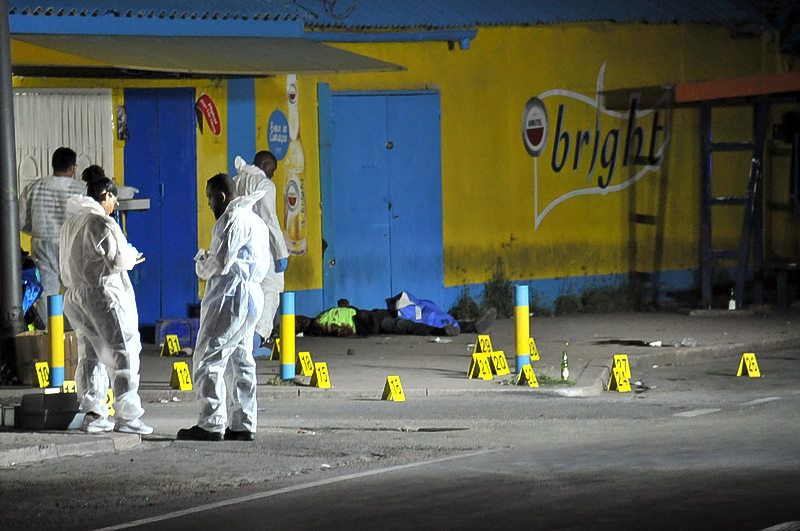 The names of four men shot dead in an attack with automatic weapons at Alaska Snack in Berg Altena last Saturday night have been released by Curaçao authorities. Locally-born Elery Zedelkia Harvey Aeneas Jair Cijntje (39) died on the spot. The other three died on their way to or in the hospital and were identified as 32-year-old Reegi Riedsel Arcangeles Angelista, 48-year-old Harold Antonio Francisca and 54-year-old Purcival Delano Brooks. A video is also in circulation showing a man take a phone from “rastaman” Cijntje’s bag and hand it to another person. He kept searching, apparently for the victim’s gun. At the crime scene police confiscated a car, a motorbike and other items relevant to the investigation.