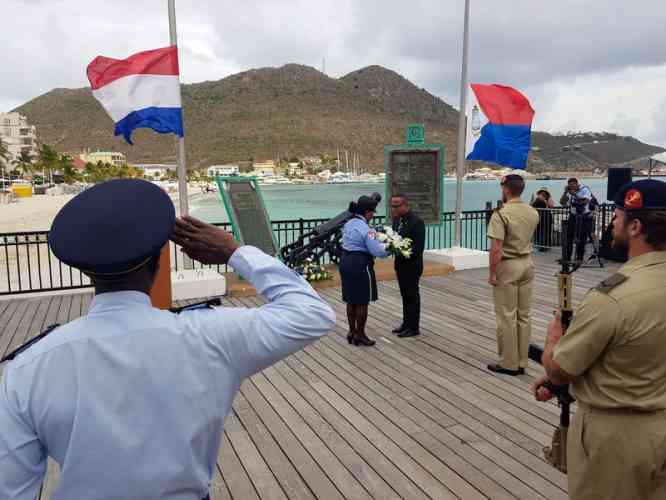 The Dutch Kingdom on May 4 remembered civilians and military personnel who made the ultimate sacrifice in the name of freedom since the beginning of the Second World War.

The St. Maarten ceremony held on Saturday afternoon at the often-overlooked War Memorial on Captain Hodge Wharf saw contingents from the Royal Dutch Marines, St. Maarten Police and the Volunteer Corps pay tribute along with government and other officials. A notable attendee as in other years was well-known heritage activist Elsje Bosch whose father was murdered prior to the end of World War II for his active role in the Dutch resistance against Nazi occupation. Officials laid wreaths at the War Memorial. Government distributed white carnations for other attendees to pay tribute to those who fell for freedom to rise. (Rajesh Chintaman photo)