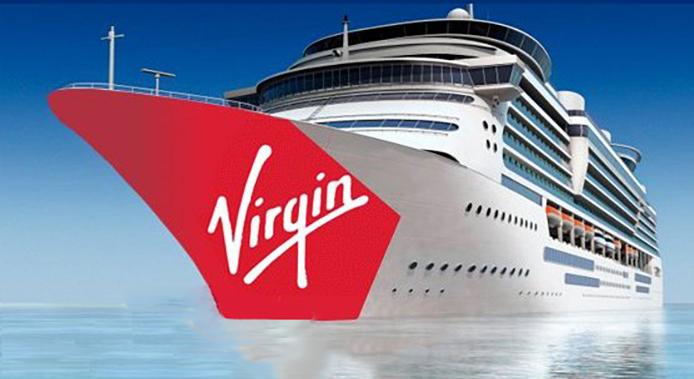 POINTE BLANCHE–Virgin Cruises needs a commitment from the Government for St Maarten to secure new business as the cruise line is ready to commit.
Port St. Maarten Management said the destination is facing stiff competition from two other destinations in the North eastern Caribbean, namely Antigua and St. Kitts.

Antigua will invest US $50 million in 2017 to build a third cruise pier. Last week Heritage Quay was re-commissioned with an investment of US $30 million, and the Government of Antigua & Barbuda are expected to invest up to half a billion dollars in the St. John’s Deep Water Harbour in the coming years.

St. Kitts will be constructing a second cruise pier at Port Zante in 2017 in order to accommodate larger ships that are being built.

“The Council of Ministers needs to approve Master Plan 2, which would allow the destination to guarantee berthing space for Virgin Cruises that would translate into 26 calls per year; 72,800 additional cruise passengers with an economic input into the economy of more than US $14 million; 29,900 crew members with crew spending bringing in approximately US$3.5 million,” Port St. Maarten Management stated in a press release.

Virgin Cruises is a high-end brand which Port St. Maarten is also catering too, and this would bring passengers, who are willing to spend in the stores, restaurants and tours. The destination needs high-end cruise passengers who spend in order to balance out quantity.

“We fear that any further delay in the approval of Master Plan 2, we will fall behind our neighbouring competitors and won’t have time to catch up. This could result in cruise lines shifting their itineraries from St. Maarten to those two aforementioned destinations, which would translate into less ship calls and less cruise visitors.

“If the aforementioned was to happen, it would lead to businesses having to reduce the number of employees, therefore bringing undue hardship to the general population.

Business generated by the cruise tourism sector trickles down and impacts all other sectors of our economy, and additional downturn in the economy will mean additional losses for everybody. The destination for 2016 will be catering to 300,000 less cruise passengers when compared to 2015, which will result in a loss in port net income of US $3.5 million, and in over US $57 million loss income for the economy of the country,” Port St. Maarten Management pointed out.

According to the BREA (Business Research & Economic Advisors) Report, which is a survey-based analysis of the impacts of passenger, crew and cruise line spending, that was prepared for Florida Caribbean Cruise Association (FCCA) and Participating Destinations, October 2015 edition, destination Sint Maarten led all destinations with nearly US $423 million in cruise passenger spending for the 2014/15 cruise season, generating an estimated 9,259 jobs, paying $189 million in wage income during the 2014/15 cruise year.

This placed Sint Maarten with the highest income impact and the second highest employment impact.

Destination Sint Maarten also played a very important role in crew spending according to the survey. Unlike passengers, shore excursions are not a focus of crew spending; rather, crew expenditures are more heavily weighted toward food and beverages, jewellery, and electronic goods. These were followed by spending for clothing and entertainment.

St. Maarten had the second highest average expenditure of $119.13 per crew visit and the third highest number of crew onshore visits (377,400); Sint Maarten had the second highest total expenditure among the 35 participating destinations, $45.0 million. In Sint Maarten, crew expenditures were also concentrated on retail purchases of electronics and jewellery. These were followed by spending for food and beverages and clothing. These four categories accounted for 70 per cent of total crew spending in Sint Maarten.

Port St. Maarten Management met with Sir Richard Branson approximately six months ago – June 2016. Sir Branson is one of Great Britain’s highest profile billionaires with his Virgin Group holding more than 60 companies serving more than 60 million customers worldwide. Branson was accompanied by Virgin Executives Tom Mc Alphin and Craig Milan, as well as other staff members during his visit back in June to explore business and investment possibilities.

Sir Branson plans to launch his own cruise line, called Virgin Cruises in 2020. Virgin Cruises aims to deliver a unique and differentiated approach to cruise tourism for the millennial traveller.

Virgin Group has provided the necessary capital to build the first three mid-sized ships with Italian ship builder Fincantieri. Each ship will feature approximately 1,430 guest cabins, and host more than 2,800 guests, and have 1,150 crew members on board.
The Group has approximately US $24 billion in annual revenues and continues to grow; 71,000 employees in 35 countries. The Virgin Group actively seeks new investment opportunities and to partner with like-minded investors.