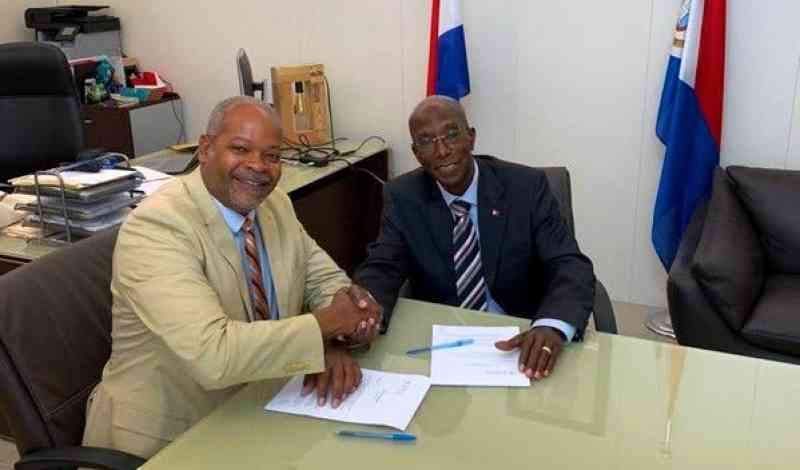 Justice Minister Cornelius de Weever and Chairman of the Board of the Voluntary Corps VKS Franklyn Richards signing the agreement at the office of the Minister of Justice on Tuesday.

PHILIPSBURG–Justice Minister Cornelius de Weever and Chairman of the Board of the Volunteer Corps St. Maarten VKS Franklyn Richards signed an agreement on Tuesday for the continued deployment of VKS officers to guard the Pointe Blanche prison.

“VKS has been supporting, and will continue in carrying out its duties, supporting [and – Ed.] building the community of St. Maarten,” said Richards.

The agreement signed between the two entities outlines that VKS should deliver VKS personnel on a daily basis to the prison as determined by the prison’s director. The VKS will also ensure that there are sufficient VKS members in work-shifts and in accordance with deployment based on a work schedule, as agreed upon with the prison’s director.

“I am very pleased to sign this agreement as it continues to guarantee round-the-clock security at our detention centre,” said De Weever.