Home Local News Votes have been counted, coalition-forming can begin 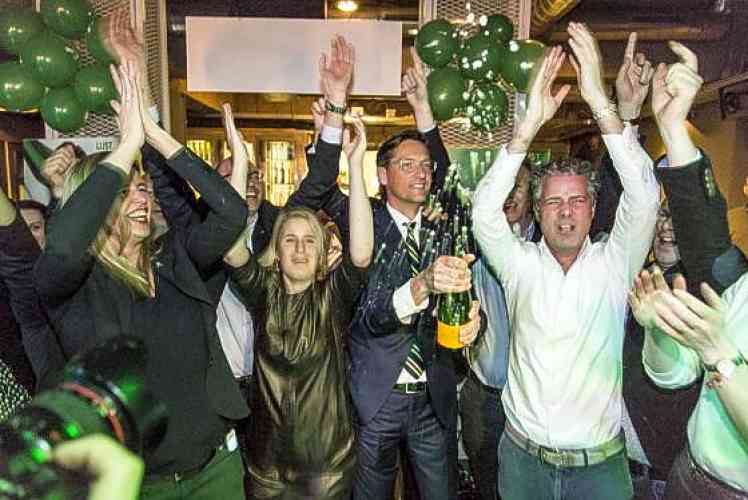 In Rotterdam, populist party Leefbaar Rotterdam is by far the biggest with 11 seats. Campaign leader Joost Eerdmans has already said he aims to create a broad coalition that does justice to the results and was looking into an alliance with the VVD, D66, PvdA and GroenLinks.

In Amsterdam, GroenLinks is now the biggest party and has brought in Maarten van Poelgeest, with a long history in city politics, to start the work on putting together a new coalition. Barcelona’s deputy mayor has sent his congratulations to GroenLinks leader Rutger Groot Wassink following the party’s surge in support.

Amsterdam D66 leader Reiner van Dantzig, who saw his party’s support crumble from 14 to eight seats on the 45-seat city council, has said he wants to work with GroenLinks in the city administration.

“D66’s policy is to co-manage,” he told newspaper het Parool. “We share a lot of ideals, but GroenLinks has the upper hand and we know our place.”

Van Dantzig did not rule out being part of a left-leaning coalition. “We will work with everyone, apart from the one party we have ruled out,” he said, referring to Forum voor Democratie which is poised to win three seats.

The definitive Amsterdam results will be published today, Friday.

New party Denk, which has won seats in 13 cities including three in Rotterdam and Amsterdam, is also keen to get involved in coalition forming.

“We are not a party which sits and shouts from the side lines,” said national party leader Tunahan Kuzu.

Denk largely draws its support from immigrant communities particularly people with Turkish and Moroccan roots. The party says Kuzu speaks for “a group of people who were not sufficiently involved in politics before.”

In Schiedam near Rotterdam, Denk won over 11 per cent of the vote and is the second biggest party on the local council. Alkmaar is the only city where the party failed to get a toehold.

The other big winner among the smaller parties is the pro-animal Partij voor de Dieren, which has increased its vote everywhere and now has 33 local councillors nationwide.

“There are a lot of key things which we want to realise so we are going to negotiate,” he told local news website Den Haag Centraal.

“I will extend a hand to every party, we have never ruled anyone out,” he said. “We want to work with everyone who wants to improve The Hague; and congratulations to GroenLinks and the VVD who won as well.”

In two local authority areas there was an absolute majority so no need to form a coalition administration. In Tubbergen in Twente, the CDA won over 61 per cent of the votes and in Reusel-de Mierden in Brabant local party Samenwerking won 51 per cent and has eight of the 15 seats on the town council.