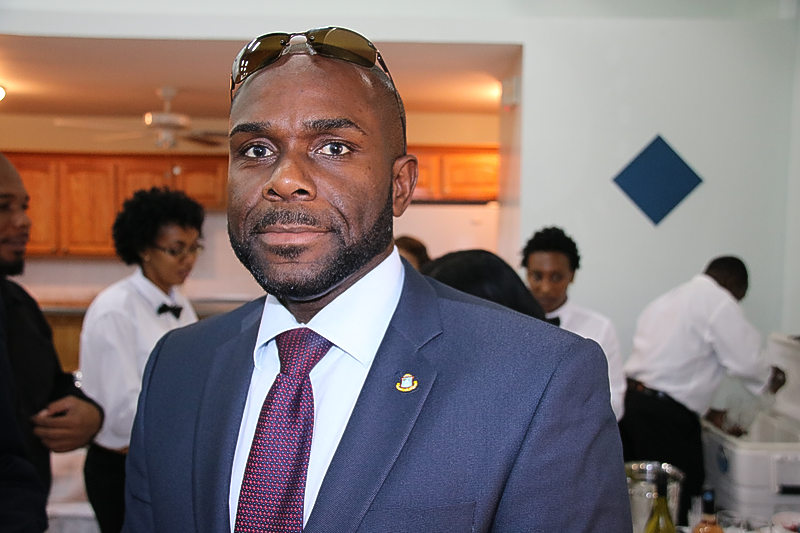 PHILIPSBURG–The Central Voting Bureau has some very grave legal and practical concerns about elections being held on January 8 and has outlined its concerns in two separate letters to Prime Minister William Marlin and to the presidium of Parliament.

Voting Bureau Chairman Jason Rogers told The Daily Herald late Tuesday that the first letter was sent on Friday, November 3, and a more detailed four-page letter was sent to parties on Monday, November 6. Rogers declined to divulge details of the concerns at this stage.

However, according to the November 6 letter, a copy of which this newspaper has in its possession, the Bureau said materials related to the preparation and execution of election were stored in a 40-foot container that was flung into the St. Marten Festival Village during Hurricane Irma. The contents were severely damaged and could not be salvaged.

“As a result, at this moment the Central Voting Bureau does not have any materials to accommodate the next election,” the letter said.

Rogers requested in his earlier letter that the necessary steps be taken to ensure that these materials are in place for the next parliamentary elections.

Another concern is the distribution of voting cards. The Bureau said voting cards are distributed via Postal Services St Marten (PSS), which was damaged by Irma and is now operating out of a much smaller office.

“Given the damage that it has suffered as well as the current infrastructure of the island, PSS has indicated its concern of not being able to fully distribute the voting cards in such a short period of time,” the Bureau said in its letter.

There are many addresses where registered persons are no longer residing. “Due to the fact that it is already experiencing the situation whereby many mails are being returned due to the now-non-existing addresses, it would therefore be irresponsible to have a voting card delivered to said addresses where no one is residing or even have a mailbox.”

Another concern pointed out is the use of the Police Force in the election process. The Bureau said the assistance of the police is inevitable, as public order has to be maintained during an election process.

“Given the onerous role of KPSM [the police force – Ed.] since the passing of Hurricane Irma, it would be extra taxing on KPSM to ensure that public order is maintained in a responsible and secure manner, especially given the fact that the assistance of the National Police of the Netherlands may leave on January 5.”

According to the Bureau, the electoral ordinance states that Nomination Day (Postulation Day) should be within a period of 80 to 90 days prior to the date Parliament is dissolved. As Parliament will be dissolved on January 31, the intended nomination date of November 13 does not meet the requirement of the ordinance.

Also, the Voter’s Registry is to be closed 30 days prior to Nomination Day and a public notification is given to inform the public of this. Given that the national decree is dated November 3, which indicates that Nomination Day is November 13, the process of closing the voting registry has not been followed.

“Of course, by the wording of the article in question it can be argued that it is closed automatically. However, taking the system of the law into consideration as well as the customary practice of the election process into consideration, there is no reason to now deviate from such and not have an official closing of the voters registry,” the Bureau argued.

The electoral ordinance also states that the Chairman of the Central Voting Bureau needs to give public notice of Nomination Day three weeks in advance. As Nomination Day is set for November 13, the Bureau said it cannot meet this legal requirement.

The decree indicating the colours to be used for the lists of the political parties must also be issued 14 days prior to Nomination Day and as there are only 10 days between the date of the national decree and Nomination Day, this requirement cannot be met.

The Bureau said if elections proceed at this juncture, it will be placed in a situation where its authoritative decision-making may be questioned as it relates to applying the electoral ordinance in some situations and not others.

“Taking all circumstances into consideration … the Central Voting Bureau, being a guardian of the entire democratic/electoral process, advises you of its extreme deep concerns in having the parliamentary