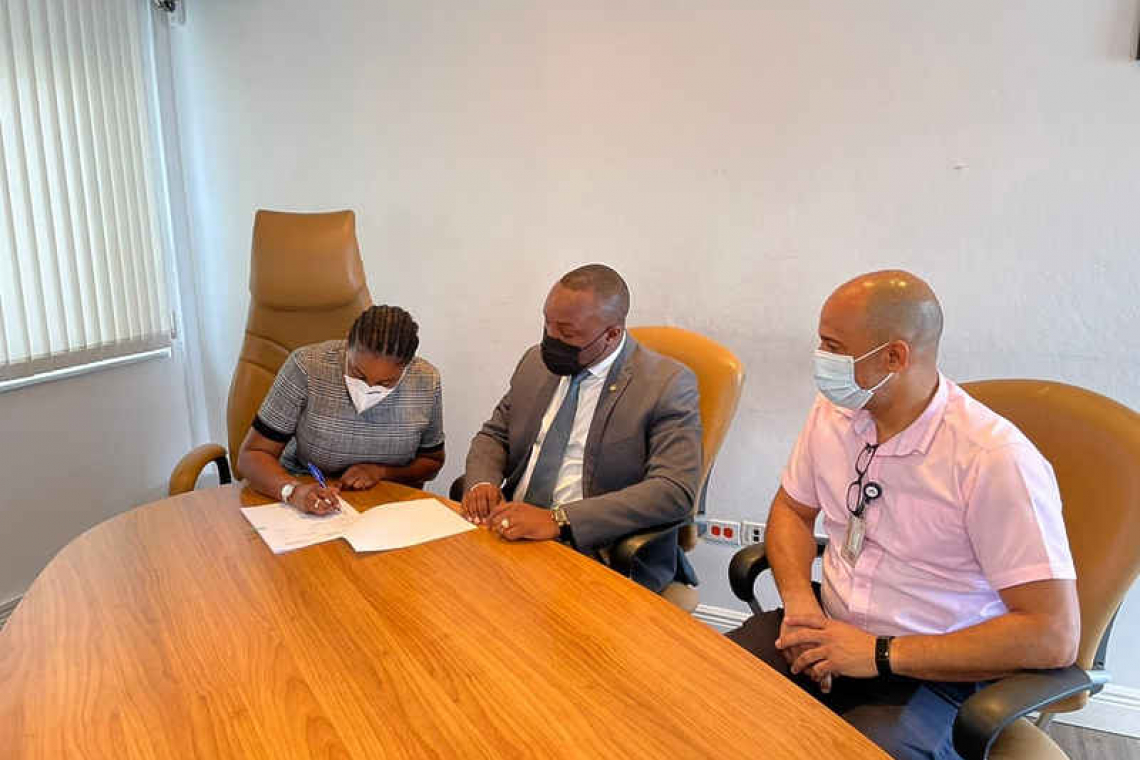 Daniel also signed a purchase order for 600 street light fixtures. This was done in the presence of Doran and GEBE’s Distribution Manager Patrick Drijvers.

The new Street Light Management Agreement is a continuation of the initial agreement signed in 2014 for GEBE to manage and maintain the street light network. To date, GEBE has replaced the majority of the old high-pressure sodium (HPS) and orange lighting fixtures for more reliable, energy-efficient and resilient street lights which house the light emitting diode (LED) components.

In addition to the initial Street Light Management Agreement, the new agreement will have a remote management system in place that can control and monitor the street lights. This includes switching the lights on and off, reading/monitoring the consumption of the lights, and receiving alarms when a street light malfunctions. The system will make it easier for GEBE to address faulty street lights more responsively and will also be used for lighting emergency routes.

During the signing of this agreement, Doran requested that GEBE focus on the most deprived areas where public street lighting has been a challenge since the island was struck by Hurricane Irma in 2017. Special focus will be placed on the areas where crime has increased and also in areas where there is a lot of mobility.

Doran thanked GEBE workers for their hard and dedicated work in the recovery efforts after Hurricane Irma and the upkeep of the street light network thereafter.

“Moving forward, the Ministry of VROMI and NV GEBE will continue to monitor the areas that are in much need of public street lighting and intend to have all roads lit during the course of this Street Light Management Agreement,” it was stated in a press release.