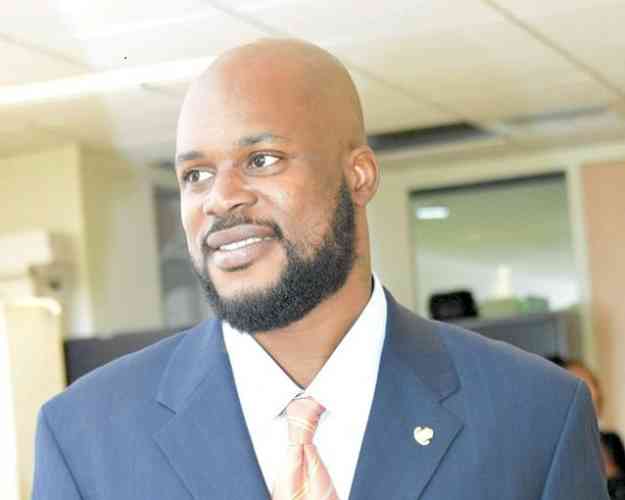 PHILIPSBURG–Minister of Public Housing, Spatial Planning, Environment and Infrastructure VROMI Miklos Giterson will soon have to explain to authorities why he was driving his government car MR-6 intoxicated when he was involved in a traffic accident on September 6.

The Daily Herald understands that traces of alcohol were found in Giterson’s blood. The minister volunteered to get his blood taken after the accident after being told that he would be released if he did so. The blood was taken and shipped off-island for testing.

Prosecutor’s Office spokesman Norman Serphos told this newspaper on behalf of the prosecutor, “The research of the police department under the direction of the Prosecutor is still in full swing and is expected to be completed within a few weeks. We cannot say anything about the content of the research at this stage. After completion of the investigation, the Prosecution Service will decide on any prosecution.

“Understand, the decision about the possible prosecution has not yet been taken by the Prosecutor’s Office.”

It should be noted that Giterson announced in a statement to this newspaper on September 6, “As I am cooperating fully with authorities, I cannot provide specific details of the incident. However, I would like to state that the rumours of my intoxication at the time of the accident are not true. I intend to allow the legal process to run its course and will continue to cooperate in any way necessary.”

The accident took place on L.B. Scott Road at approximately 5:45am. “According to reports, the MR-6 rear-ended the bus while travelling in the same direction,” police spokesman Chief Inspector Ricardo Henson stated in a previous press release. “There were five passengers in the bus at the time of the accident. Passengers who were injured in the collision were transported to the St. Maarten Medical Center.”

On arrival of the investigating officers and based on the information they gathered on the scene, Giterson was arrested at 5:50am and, according to the press release, was ”suspected of driving a car while being under the influence of alcohol. Such act is considered a crime on St. Maarten.”

Giterson was taken to the police headquarters in Philipsburg where he was led before the acting prosecutor and was allowed to speak to his lawyer.

This newspaper contacted Giterson for comment about the results of his bloodwork, but he declined to answer any questions about the incident.

“This is an ongoing investigation and I intend for the investigation to be conducted and completed before giving a statement concerning the matter,” stated Giterson on Thursday evening.

Member of Parliament Theodore Heyliger told this newspaper that the coalition is aware of the situation and will deal with the matter internally. When this newspaper asked Minister Giterson if he intends to resign, he replied, “Not at this time.”