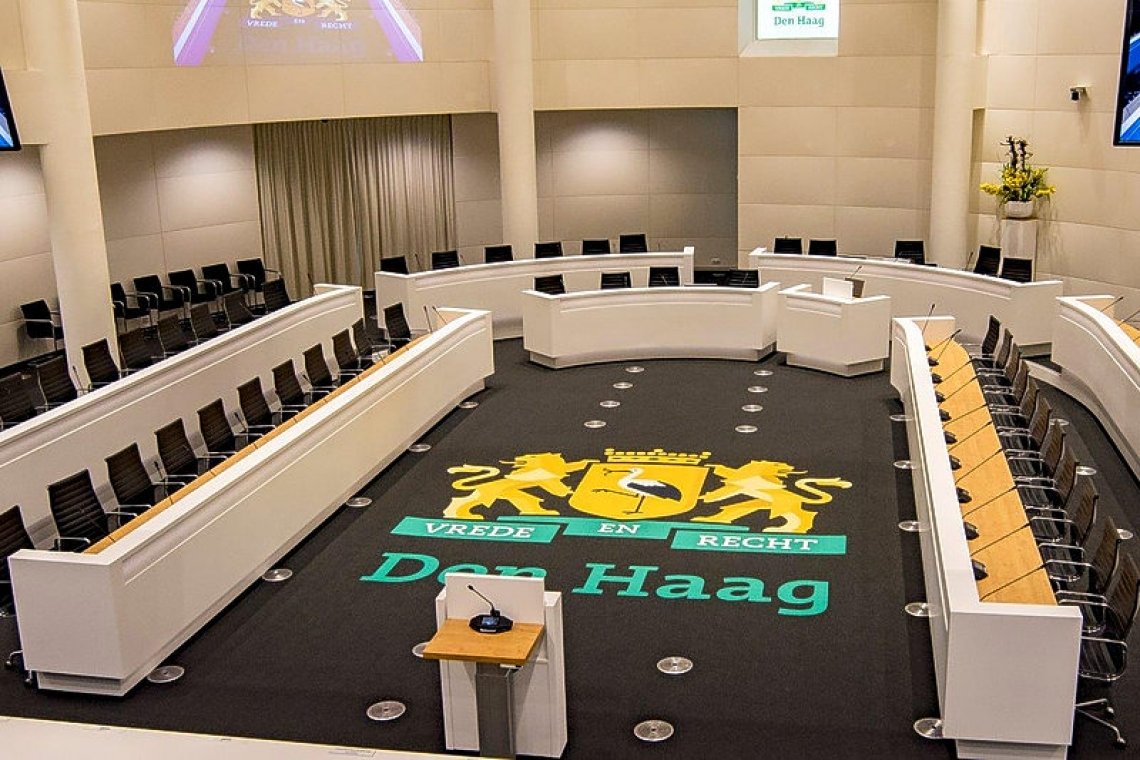 The most serious integrity breach in Dutch politics in 2019 took place in the municipality of The Hague.

THE HAGUE–The conservative VVD remains the party with the most integrity issues in the Netherlands, according to the eighth Political Integrity Index, the overview of political scandals of the past year. In addition, local parties the Party for Freedom PVV and centre-democrat D66 also had relatively many problems with integrity issues. Misconduct in leisure time, such as intoxication and fraud, remain the biggest problem for Dutch politicians.

The most remarkable political affair of 2019 involved green-left GroenLinks alderman Jorrit Nuijens in Diemen, near Amsterdam, on June 20, 2019, in a cafe at the Amsterdam Opera. He resisted his arrest after the police found the drug GHB in his bag.

Nuijens’ fall can be added to a long list of politicians who have run into problems due to private problems. Every year this is one of the most striking conclusions of the Political Integrity Index (PII), which was published by de Volkskrant newspaper on Friday, February 7.

All types of integrity violations by Dutch politicians have been committed in their free time. In 2019, this was the case in 13 of a total 42 cases. These concerned drunkenness or involvement in fights, but also, for example, fraud committed in an ancillary position.

The PII has been measuring integrity violations by Dutch politicians since 2013. Traditionally (with a total of 10) the VVD had the most affairs. D66 and the PVV each accounted for five integrity breaches. The orthodox Christian party SGP, Christian Democrat CDA and Forum for Democracy FvD were each involved in three incidents. Two cases were reported involving GroenLinks and one involving a politician of Labour party PvdA. Local parties in the Netherlands accounted for a total of eight integrity breaches.

The total number of affairs came to 42 in 2019, compared to 54 in 2018, 39 in 2017 and 47 in 2016. The fact that there were considerably more affairs in 2018 was due to the municipal elections held in the Netherlands that year. These always cause a lot of local “riots” because previously unknown people suddenly find themselves under a magnifying glass when they become (candidate) politicians, according to de Volkskrant.

The integrity index is a project of professors Leo Huberts and Muel Kaptein and investigative journalist Bart de Koning, who have been mapping integrity breaches by Dutch politicians since 1980. The first annual PII was published in 2013.

The most serious case of 2019 took place in the municipality of The Hague, where the National Criminal Investigation Department raided the apartments of aldermen Richard de Mos and Rachid Guernaoui of Group De Mos/Heart for The Hague. They are said to have been bribed by friendly hospitality entrepreneurs, having arranged permits in return. Both denied the allegations but had to resign.

There is also an internal investigation at the municipality into possible corruption during the construction of the Spui Forum. Moreover, the city council still has many questions about the sale of a monumental building next to Noordeinde Palace to bag-maker Omar Munie for the apparently low amount of 1.7 million euros. Munie sold the property to a real estate investor for the same amount within a few months. Acting mayor Johan Remkes has announced a major integrity investigation within the municipality, plus a tightening of the rules.

Also last year, the VVD was the party with the most integrity issues. This has been the case since the first index appeared in 2013. VVD members like to blame this on the fact that their party has been the biggest party in the Netherlands for years and, therefore, is also more likely to violate integrity.

However, that reasoning does not explain why the CDA, which has been the largest party for years and still has many local administrators, has relatively few affairs.

VVD veteran Frank de Grave gave a different explanation in his memoirs, which were published in 2018. The VVD is a governing party with many “makers” from the business community who, in their drive for action, do not always realise that there are different rules in public administration than in corporate life. They are also insufficiently contradicted internally, according to De Grave.

It is striking that in all these affairs only a few politicians apologised without hesitation. More often, politicians seek some justification or excuse. Integrity experts speak of “neutralisation” of the fact that they have broken a rule. Most offenders know the rules and laws but can explain for themselves why they did not have to or could not comply.

Kaptein, who is professor of Business Ethics at Erasmus University in Rotterdam, and Martien van Helvoort, inspector at the Dutch Food and Consumer Product Safety Authority NVWA, wrote an article in the Tijdschrift voor Compliance, in which they have systematically arranged all excuses. There are 60, divided into four categories.

It starts with denying or distorting the facts (“I didn’t do it”), followed by the denial of the norm (“I did it, but it’s okay”), then shifting to circumstances (“I was not responsible”), until the focus is on character weakness (“I went privately through a difficult time”).

All excuses are shown in the form of a clock: The Neutralisation Alarm Clock. The closer to 12:00, the fewer escape options the offender has to escape responsibility for his or her behaviour, the experts say.