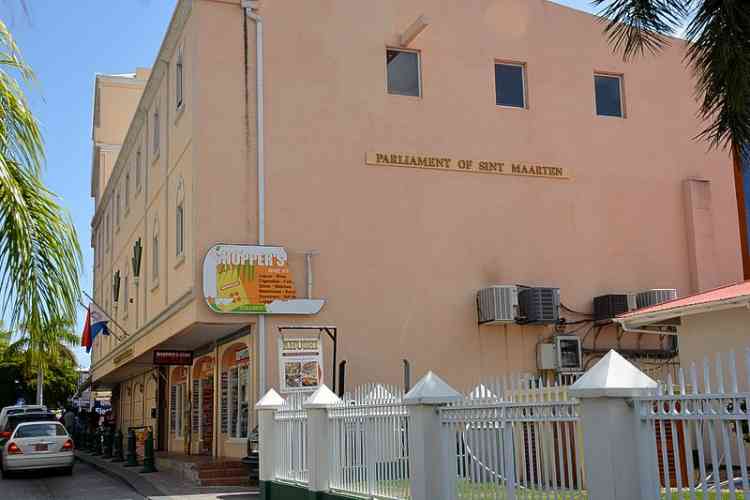 PHILIPSBURG–Canada based EnviroGreen Energy Inc is now the second company to pitch a waste-to-energy plant to Parliament. This company is not new on the scene, having dealt with former Infrastructure Minister Christophe Emmanuel.

Now a Member of Parliament (MP) for National Alliance, Emmanuel was very emotional about what he sees as the stalling of a vital project for the country. Similar sentiments were echoed by other MPs, with a suggestion from MP Rolando Brison of United St. Maarten Party to question present Infrastructure Minister Miklos Giterson about the process to tackle the country’s looming solid waste management issue.

EnviroGreen’s proposal, as outlined in Thursday’s sitting of Parliament’s Committee on Public Housing, Spatial Planning, Environment and Infrastructure VROMI, calls for a waste-to-energy plant it will own for 25 years, at which time the plant will be turned over to government for a symbolic one guilder.

The company has tagged the project investment at US $70 million. Government will not have to put up any financing other than to facilitate the power-purchase agreement with government-owned company GEBE.

GEBE will get a locked-in price of NAf. 0.18 per kilowatt-hour up to 9.5KwH with an incremental decrease with more power production. The company’s original proposal to government/GEBE pre-Hurricane Irma was for NAf. 0.26. When the government changed post-Irma the company was told all talks would be halted due to the economy climate.

EnviroGreen is now prepared to offer a reviewed amount and a concept that does not include the mining of the current landfill. The latter is to be a separate project tackled via the Recovery Trust Fund.

The per-kilowatt-hour cost offered by EnviroGreen is not what end users – residents and businesses – will pay for electricity. That amount will be determined by GEBE’s mark-up.

In October 2018, Florida-based EnviroPower Renewable Inc. outlined to Parliament its proposal for a 12-megawatt waste-to-energy plant. This company wanted to sell its power to GEBE for US $0.25 per KwH under a 30-year agreement.

Several other MPs also voiced their frustration about what they see as no concrete plan yet to tackle the solid waste management issue. They even suggested carting in garbage from neighbouring islands to feed the plant and charging those countries a fee for helping with their waste.

The company proposed tackling garbage from the French side of the island and charging a “tipping fee” for this. The fee could be shared with the local government to buffer up its coffers. MP Claude Peterson of the United Democrats cautioned that the French side is a different administration and governmental system and those hurdles should be considered.

Other MPs did not see Peterson’s point. They reacted that he had always been one for French side-Dutch side cooperation and asked why he was not in favour now. Taking garbage from the French side and charging a fee for this is a win-win for some – the garbage does not pile up on the Northern side and the Southern side gets some more income.

Government is not in any negotiation with EnviroGreen or any other waste-to-energy company.

Government still has to make a choice on whether or not to opt for a waste-to-energy or incineration plant. The data needed to make an informed decision on the way forward are sorely lacking, Giterson stated in December 2018. This data-collection process is still ongoing. Once data become available the right decision – waste-to-energy or incineration – can be made by government.

The World Bank, the administrator of the Dutch-financed St. Maarten Recovery Trust Fund, is supposed to assist with this process.

Waste-to-energy is not seen by many as a best option for the country due to the amount of garbage produced by residents. There is quite some garbage now due to the state of the landfill, but over time there may not be sufficient to sustain a waste-to-energy plant, leaving the island dependent on outside sources for garbage to keep the plant running optimally.

Government’s social and economic advisory body the Social Economic Council SER issued an extensive report in December 2016 urging government to abandon any plan for a waste-to-energy plant due to the financial and other risks of, among others, running out of garbage.

SER, in its advice titled “Better Waste Management for St. Maarten”, called on government to adopt an integrated waste management system similar to the French side that is focused on waste minimisation, reusing and recycling, and covering issues related to the health and ecology of the landfill.

Another SER recommendation is to start, with immediate effect, separating the various waste streams on the landfill with the aim to sell various waste-stream products. This includes efficient sorting of the garbage such as the removal of recyclable and toxic materials. Management plans should ideally encompass operational requirements with appropriate guidelines/standards, including capacity building and regular monitoring against fires, said SER.