Home Headlines & Top Stories ‘We have to embrace integrity, rule of law’ | THE DAILY HERALD 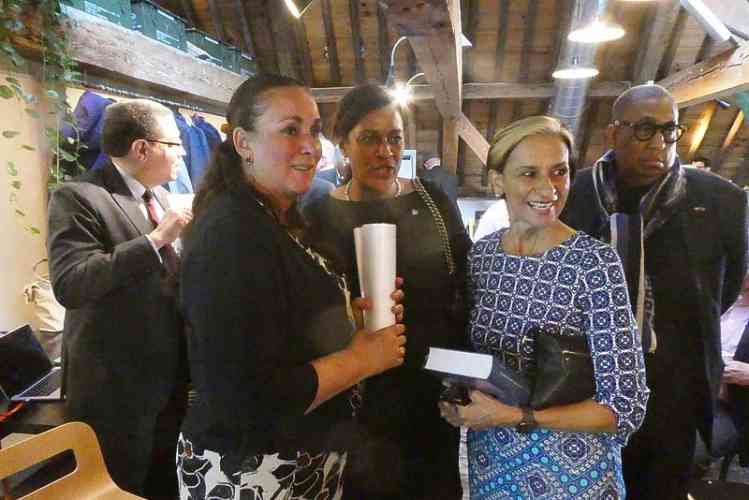 THE HAGUE–Members of the Kingdom Council of State Maria van der Sluijs-Plantz of St. Maarten and Mildred Schwengle of Aruba on Thursday called on the Dutch Caribbean countries to embrace integrity, good governance and the rule of law. “Our people deserve better,” they said.

Van der Sluijs-Plantz, Schwengle and their colleague of Curaçao Paul Comenencia were the guest speakers at a well-attended lecture of the Antillean Network Association VAN in The Hague, which was attended by a number of members of the parliaments of Curaçao, Aruba and St. Maarten, including St. Maarten Parliament Chairperson Sarah Wescot-Williams and member Claude Peterson.

Comenencia gave a general presentation on the work of the Kingdom Council of State members and the Council of State as the highest advisory body. Both Van der Sluijs-Plantz and Schwengle spoke about integrity, good governance, and the importance of the rule of law. Integrity is high on the countries’ agendas, said Van der Sluijs-Plantz and Schwengle, who agreed that while there were many ambitions, there was also a lot to be done in this area.

Van der Sluijs-Plantz pointed out that subversive crime is a world-wide problem. “Fraud, money-laundering and corruption are examples of integrity violations that have a big disruptive impact on communities. We have to be honest that there are integrity issues in our Caribbean countries. In all three countries, the Prosecutor’s Office investigates or prosecutes politicians, or had them convicted,” she said.

Van der Sluijs-Plantz spoke about the culture of corruption versus integrity. “What do the wrongdoings say about our political culture? How do we explain that politicians convicted for integrity violations still maintain a large number of followers? Do those followers understand that their interests were also harmed? Why would stealing from the community be more acceptable than the crime of an ordinary thief?”

Has politics in the countries become a silent accepted business model, from vote-buying to buying influence on government decisions, wondered Van der Sluijs-Plantz. “I help you if you help me, so that I can help myself. Is that the political culture that we have and want?”

She said she was encouraged by the new faces in the public domain who demand change. “That is a positive mindset. It gives hope.” Hopefully, the voters will also see that things have to change, “that a vote for another way of politics yields much more than the instant gratification of 100 dollars and a T-shirt during the elections.”

Schwengle pointed out that investors and credit-rating organisations included the qualifications of integrity, good governance, solid financial management and an independent jurisdiction in their ratings. “Good governance, integrity are the measure for the rule of law.” She said that where it concerned integrity, everyone in society had a responsibility, not only government. “We need to walk the talk.”

Schwengle said the importance of having in place a solid jurisdiction, constitutional rights that are respected, a system of checks and balances, and the separation of powers, the Trias Politica, should not be underestimated. “The fact that we have all those things makes us part of a select group.”

Van der Sluijs-Plantz made a case for more synergy within the Kingdom and focussing less on the disagreements. She said that while there were sufficient ambitions and much had been achieved within a short period, the political instability and lack of continuity since 2010 when Curaçao and St. Maarten became autonomous countries within the Kingdom had not been conducive.

While the countries do realise that they carry a big responsibility, they are also confronted by big social, economic and financial challenges, said Van der Sluijs-Plantz.

“They have to juggle the priorities. Focus is needed to make choices; time is needed for solid preparation and time to execute. This screams for more continuity. It is absolutely necessary that the governments can more often complete their term,” she said.

Van der Sluijs-Plantz asked the audience to take note of the South-African Ubuntu philosophy which puts humanity, being one and empathy towards others central. “We will make our countries stronger if we keep looking for synergy. If truth and reconciliation are a bridge too far, let us at least embrace the Ubuntu philosophy, because we have lost it along the way.”