Home Local News ‘We need to talk with each other, not about each other’ |... 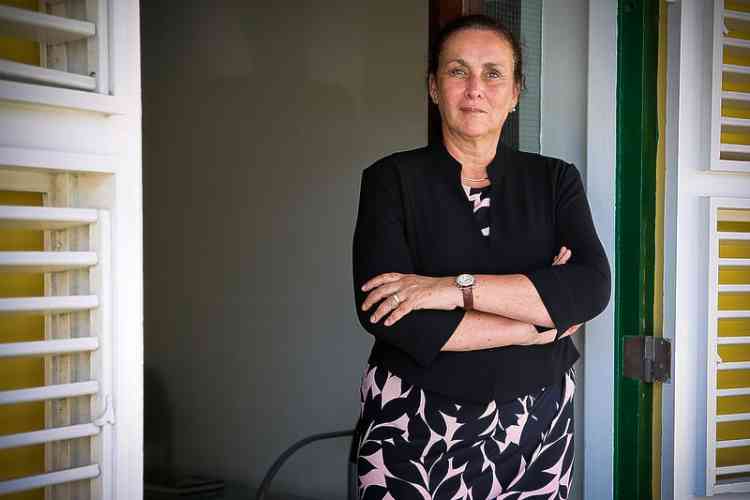 LEIDEN–“Only by talking more with each other, listening better to each other and talking less about each other will we start to create more comprehension within the Kingdom, building a bridge towards trust,” said Member of the Council of State of the Kingdom on behalf of St. Maarten Maria van der Sluijs-Plantz during the presentation of the Handbook Caribbean Constitutional Law of lawyer and Professor Arjen van Rijn of the University of Curaçao in Leiden on Thursday.

“Cynicism exists in politics on both sides of the ocean, and is expressed in finger-pointing, accusations back and forth, many times in the media mostly for their own public, their own electorate. Tempers fly,” said Van der Sluijs-Plantz. “Cynicism is the feature of this time, the coarsening of the political debate on both sides of the ocean. Social media act as an amplifier in an echo room where there is no room for another sound. We act on sound bites, headlines and fake news.”

Van der Sluijs-Plantz asked herself whether the politicians within the Kingdom were prepared to really get to know each other, to listen to each other with the willingness to change or even put aside their own prejudiced opinion.

“Is it about who shouts the most often and the loudest or is it about the power of objective facts and arguments? Where has the mutual respect and politeness gone? It is about time that we, on both sides of the ocean, leave our echo chambers, talk more with and listen better to each other, instead of talking about each other. Only that will lead to a start of understanding and a bridge towards trust. And, with that trust we can work on honest mutual respect instead of based on diplomatic hassle.”

According to Van der Sluijs-Plantz, there are two dilemmas within the system of the Kingdom that have an influence on the mutual relations. The first dilemma is hypocrisy versus a sense of reality. The second dilemma is autonomy versus the guarantee function.

Where it comes to the first dilemma, she said a sense of reality was greatly needed on both sides of the ocean when dealing with the question whether the countries were equal as autonomous countries within the Kingdom. She said there was no objective equality when taking the size of the countries into consideration.

“My position is that there is a fiction of equality because of the democratic deficit that is built within the Charter. We have to acknowledge the inequality with a Kingdom Council of Ministers where the composition already predicts the outcome. Holding on to the fiction is hypocritical. Not wanting to see that not only is there no equality, but that also in a constitutional sense there is no equality shows a lack of sense of reality.”

The second dilemma, in her opinion, has to do with the fact that politicians on both sides of the ocean are sitting on the fence and seem to deal in an opportunistic way with the choice when the autonomy or the guarantee function should prevail.

“I take note of the complaint on the other side of the ocean [the islands – Ed.] that the autonomy is infringed on when on a Kingdom level intervention is objectively seen a real necessity. But I also note on this side of the ocean [the Netherlands] the excuse that no intervention takes place in order not to infringe on the autonomy when there is a great necessity to intervene because of fundamental rights that are at stake,” she stated.