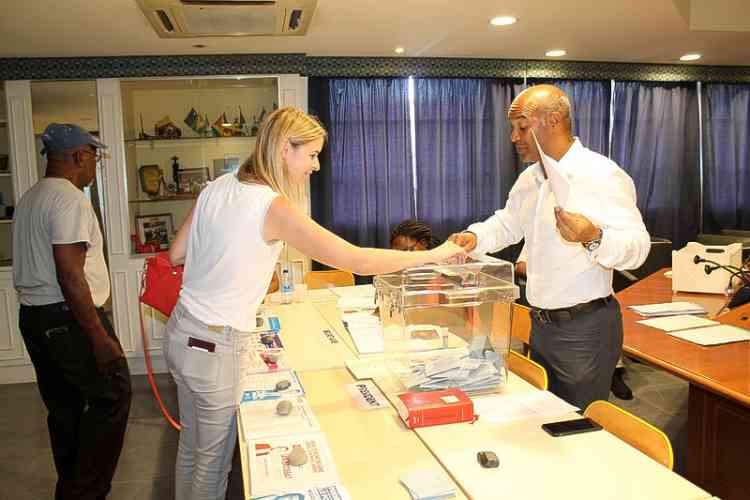 A citizen casts her vote at the polling station in Hotel de la Collectivité, one of 19 available to French citizens on Saturday. (Robert Luckock photo)

MARIGOT–Marine Le Pen’s “Prenez Le Pouvoir” list turned out to be the highest vote-getter in St. Martin and St. Barths with 889 votes when provisional results of the European elections were announced on Sunday as of 2:00pm. Le Pen’s list also won in the national polls.

Voters in St. Martin and St. Barths went to the polls on Saturday. President Emmanuel Macron’s “Renaissance” list came second with 631 votes and the Europe Écologie list was in third place with 409 votes.

The European elections are held every five years to elect 751 Members of the European Parliament (MEPs).