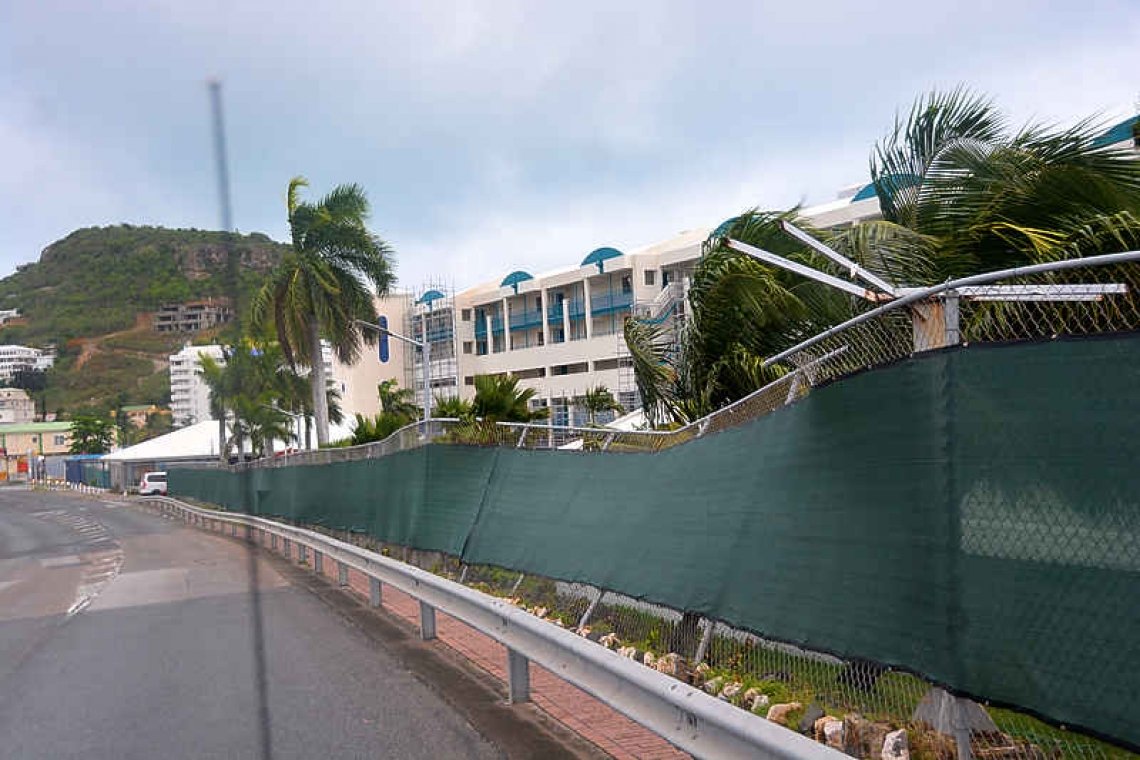 In anticipation of heavy rains and winds blowing to tropical storm force, Prime Minister Silveria Jacobs activated the Emergency Operations Center (EOC) on Tuesday and the country was placed under a tropical storm warning as the system was expected to develop into a tropical storm.

Early Wednesday morning, Jacobs advised non-essential businesses to close at 11:00am and persons had to be off the road by 12:00pm. Government requested military assistance and 11 Royal Dutch Marines as well as several military vehicles were deployed to assist law enforcement.

John Larmonie Center was the only hurricane shelter opened on Wednesday, and persons in acute need could shelter there as of 12:00pm. All non-emergency government services were closed, and the Ministry of Education, Culture, Youth and Sport (ECYS) cancelled Wednesday’s Caribbean Secondary Education Certificate (CSEC) and Caribbean Advanced Proficiency Examinations (CAPE) exams.

The system did not develop into a tropical storm on Wednesday as forecast, but still dumped significant amounts of rain on the island and flooded portions of L.B. Scott Road, Union Road, Rhine Road and Beacon Hill Road, among others. The Ministry of Public Housing, Spatial Planning, Environment and Infrastructure VROMI opened the Great Bay channel to release excess water into the sea.

The weather system began to move away from the island around 5:30pm Wednesday. Government closed the lone hurricane shelter at 8:00pm and Police Chief Carl John reported that there had been minimal disturbances to public order on Wednesday afternoon.

Jacobs said on Wednesday night that the tropical storm warning would be lifted at 5:00am today, Thursday. If forecasts hold, the all-clear will be given shortly thereafter and businesses can resume as usual, she said.

The Meteorological Department of St. Maarten (MDS) said on Wednesday afternoon that the system could still produce total rain accumulations of two to four inches overnight.

“This rainfall could result in flooding in low-lying areas and rock falls along hillsides. Rainfall is expected to continue through tonight [Wednesday – Ed.] with some showers being moderate to heavy and possible thunderstorms. … Residents in areas prone to flooding or near the coast should be vigilant and monitor their surroundings, as areas are already saturated. Motorists should proceed with caution when driving through flooded streets,” said MDS.

Sea conditions are expected to remain rough through Thursday and will gradually subside thereafter. A small-craft warning remains in effect until Thursday evening.

“Small-craft operators are advised to stay in port to avoid loss of life and property,” said MDS.  It was not known if it had broken free of its mooring in the rough sea conditions caused by the passing tropical storm and drifted ashore or if it was beached due to other circumstances.