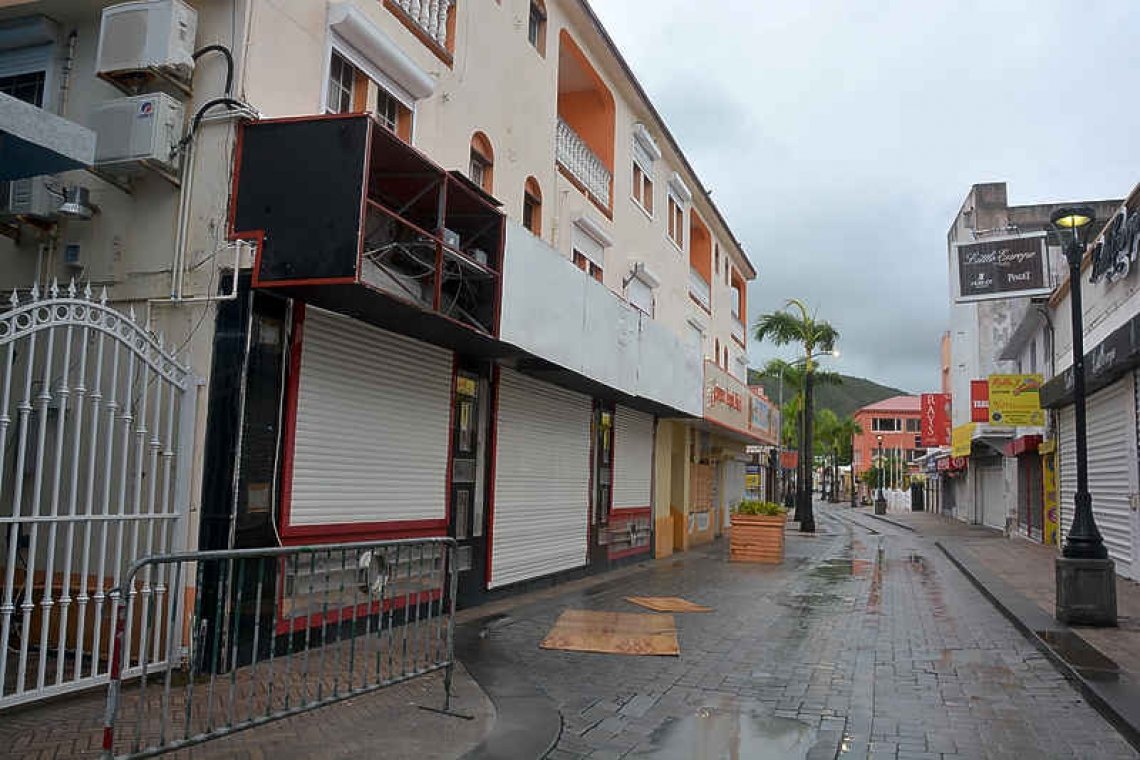 Wooden sheets lying on Front Street after the passing of Potential Tropical Cyclone Nine on Wednesday. Photo by John Halley.

The system affected St. Maarten on Wednesday, resulting in considerable amounts of rainfall and blustery conditions, but no serious damage. The peak wind gust topped out at 52 miles per hour (mph), said MDS. The system began to move away from the island late Wednesday afternoon.

The country’s tropical storm warning was discontinued at 5:00am Thursday, and Prime Minister Silveria Jacobs gave the all-clear around 6:30am. Businesses were then free to open and government services resumed as normal.  Minister of Education, Culture, Youth and Sport (ECYS) Rodolphe Samuel also said on Thursday that the scheduled Caribbean Secondary Education Certificate (CSEC) and Caribbean Advanced Proficiency Examinations (CAPE) exams will continue.

Jacobs deactivated the Emergency Operations Center (EOC) at 4:00pm Thursday. It had been activated for 51 hours by that time.

She thanked all the Emergency Support Functions (ESFs) and their support teams for “their dedication and hard work during these difficult times in ensuring the country’s preparation and execution for the passage of such storms.”

Jacobs urged residents and businesses to remain vigilant for the rest of the hurricane season and to be prepared for any potential future storm.  She also reminded residents to uphold health protocols and to practise proper hygiene to ensure that the country’s COVID-19 infection rate goes down as soon as possible.