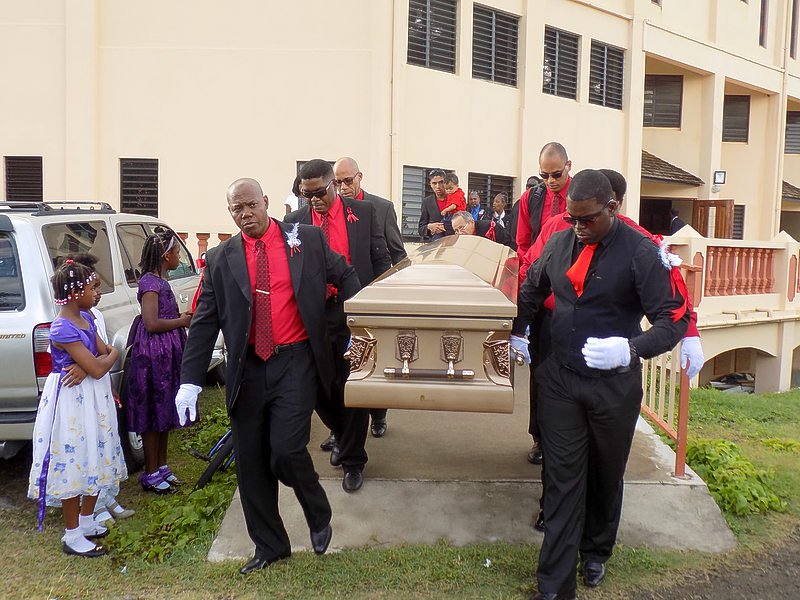 Inez Tatem-Hassell, fondly known to fellow Statians as “Sister Tatem,” was laid to rest in Salem Cemetery on Sunday following a going-home service in the Seventh-day Adventist Church. Residents turned out in large numbers to pay their final respects to Tatem-Hassell, who was the mother of former finance commissioner Astrid McKenzie-Tatem and Alpheaus Tatem, formerly of the Harbour Committee. Astrid, Alpheaus and their six other siblings were all present for the funeral. Tatem-Hassell was aunt to Island Councilwoman Adelka Spanner. She was very active in the church and in youth groups as the Garfield Pathfinders Club, and the Advent Youth programme, and was also involved in senior citizens activities, the church and choir. A special charter flight via Windward Islands Airways International Winair was organised to accommodate mourners from overseas.