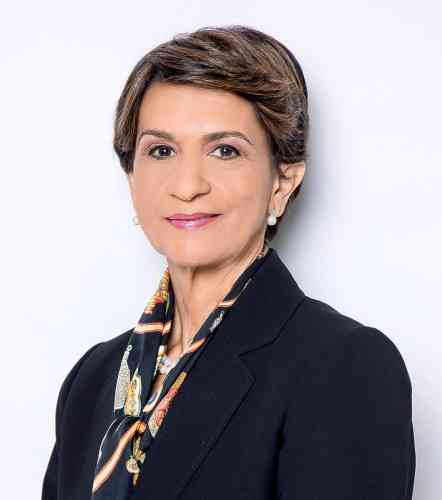 PHILIPSBURG–Member of Parliament (MP) Sarah Wescot-Williams has called on justice authorities “to speedily analyse” the complaint filed by Tourism and Economic Affairs Minister Stuart Johnson against a former male staffer who has accused him of sexual harassment.

“The investigation will hopefully shed some light on this unfortunate situation and I ask that the relevant authorities be swift in analysing what has been put before them in this case,” she stated.

Wescot-Williams, who is in New York representing Parliament in the Dutch Political and Civil Society delegation, said in a press statement that the issue “remains a very divisive topic.”

Screenshots of alleged WhatsApp messages between the staffer and Johnson surfaced more than a week ago. Johnson has denied he made any untoward advances and has taken the legal road to clear his name.

“These electronic conversations are very lewd and it is understandable that the publication of such messages has created public outcry,” said Wescot-Williams.

Every individual is entitled to privacy which should always be respected. Public officials also deserve that respect, she added.

However, when officials find themselves in situations like that of Johnson, Wescot-Williams said, “Without casting judgement – what immediately comes to mind is the question what do the circumstances do to the office, the credibility and reputation of the minister and, by extension, the Government and people.”

The impact on the office, minister, government and people “should be the focus, but I also know that answer itself is not easily agreed upon.” The coalition members, who support Johnson, “are quite cognisant of all the above, as well as the fact that this situation has polarized the community.”

“As the one in authority, the minister’s reaction is paramount, but we will continue our own deliberations whether action on our part is called for, what action and when,” said Wescot-Williams, who is a member of the United Democrats/St. Maarten Christian Party coalition. “Everyone is entitled to due process, including the process to be heard and to be able to seek recourse if felt to be unjustly and unfairly targeted. This is the right of all parties.”