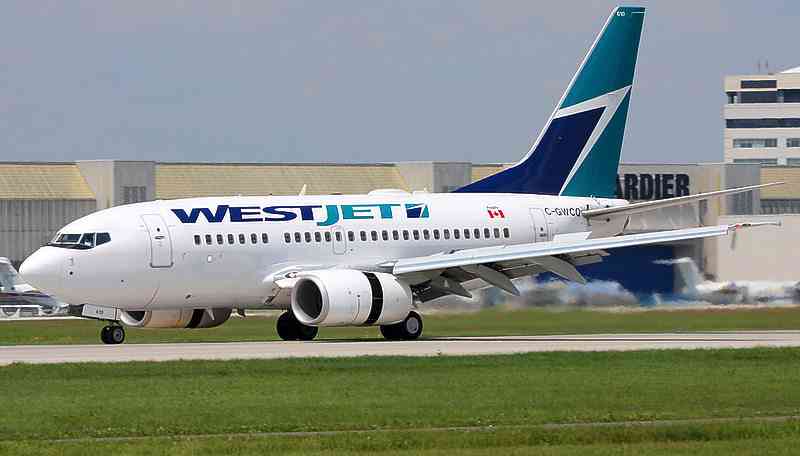 PUERTO RICO–WestJet will start weekly scheduled service to St. Maarten as of April 23 and every Saturday thereafter, according to acting Minister of Tourism, Economic Affairs, Transportation and Telecommunications (TEATT) Cornelius de Weever on Thursday.
“During the Caribbean Travel Marketplace, we had discussions with WestJet representatives and they were impressed with the updates that we provided about the destination’s recovery. The return of visitors from the Canadian market is a very positive development for the destination and stakeholders on the island,” De Weever said.

WestJet flew 272 flights out of Toronto, Ontario, Canada, in 2016, transporting 37,357 passengers to the island, and out of Montreal, Quebec, Canada, the airline flew 70 flights with 7,067 passengers; a total of 342 flights with a total passenger count of 44,424.
WestJet’s first flight was in February 1996 and it provides safe, friendly and affordable air travel today to more than 100 destinations in North America, Central America, the Caribbean and Europe, and to more than 175 destinations in more than 20 countries through its airline partnerships.

The airline also has its own travel agency called WestJet Vacations that offers affordable, reliable and easy booking of vacation packages. WestJet was named Best Airline in Canada and one of the best low-cost airlines in North America, based on authentic reviews from the travelling public on Trip Advisor, the world’s largest travel website.

Princess Juliana International Airport SXM Chief Operations Officer (COO) Michel Hyman said on Thursday that talks with WestJet were always fruitful and they look forward to welcoming the airline back to the island in April.

The Airport continues to engage in talks with airlines to get back flights to the destination. “We have been receiving good feedback from the airlines and hope to announce more airlines returning to the island.”