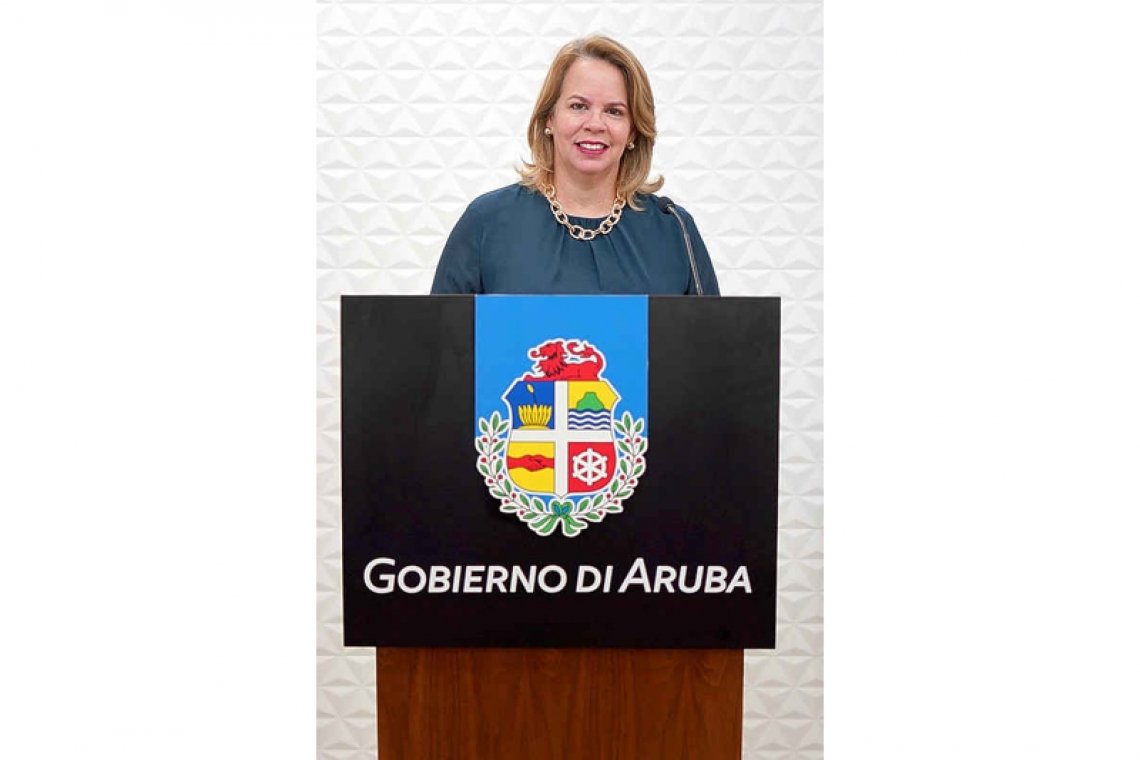 ORANJESTAD/THE HAGUE–Aruba Prime Minister Evelyn Wever-Croes is optimistic that an agreement will be reached with the Dutch government. “We need their help. Without their help, we won’t get out of this crisis.”

During a press conference in Oranjestad on Monday, Wever-Croes provided an update on the negotiations with the Netherlands. She said her government has been negotiating in a transparent manner, with the input of the local stakeholders, including the private sector, the labour unions, political leaders and the Aruba Parliament.

Three main points were brought forward in the meetings with the stakeholders and they regard autonomy, the local context and financial supervision. It was agreed that Aruba should not lose its autonomous position within the Kingdom during the process. “Our autonomy must be respected, as well as the right of our people to elect their own government, and respect for the role of the Aruba Parliament,” said Wever-Croes.

Aruba wants the country-specific packages, the list of actions that the Dutch government wants implemented in return for financial assistance, to be placed in the local context. For example, on the wish of The Hague for dollarisation of the Aruba economy, she said, “This needs to be investigated first and cannot be implemented just like that.”

The same goes for the proposal to increase the pensionable age to 66 in 2023, and to 67 in 2025. “This needs to be carefully assessed first and placed in the local context.” The proposal to allow the future Caribbean Reform Entity to buy and sell shares of Aruba government-owned companies was met with wariness, said Wever-Croes.

About the wish of The Hague for more financial supervision, the prime minister said her government understood that the Dutch wanted a stronger grip on finances. However, at the same time, Aruba is trying to secure more financial benefits for the country, for example, where it regards the refinancing of Aruba’s extensive national debt.

Wever-Croes said negotiations with The Hague were not completed as yet, but the talks were taking place in an atmosphere of “respect and dialogue.” She hopes to have reached an agreement before the next meeting of the Kingdom Council of Ministers on Friday, August 14.

The prime minister said through a lot of effort, and without having received Dutch funding, the Aruba government had managed to comply with its obligations in July. This includes the payment of wage subsidy for a total of 30 million Aruban florins Afl., financial assistance to small and medium entrepreneurs to the tune of Afl. 6.4 million and unemployment support of Afl. 3.8 million.

“We managed without Dutch funding. How? We cut even more in government’s expenditures and we postponed a few payments. But now we really need the Dutch liquidity support. We are in serious problems that we cannot get out of without help from the Netherlands. The Dutch government is the only one that is willing to help,” said Wever-Croes.

The prime minister spoke of “draconian conditions” that have been set by the Netherlands. “We are trying to soften the conditions a bit, so we can receive funding. It is far from easy, but it is necessary,” she said.