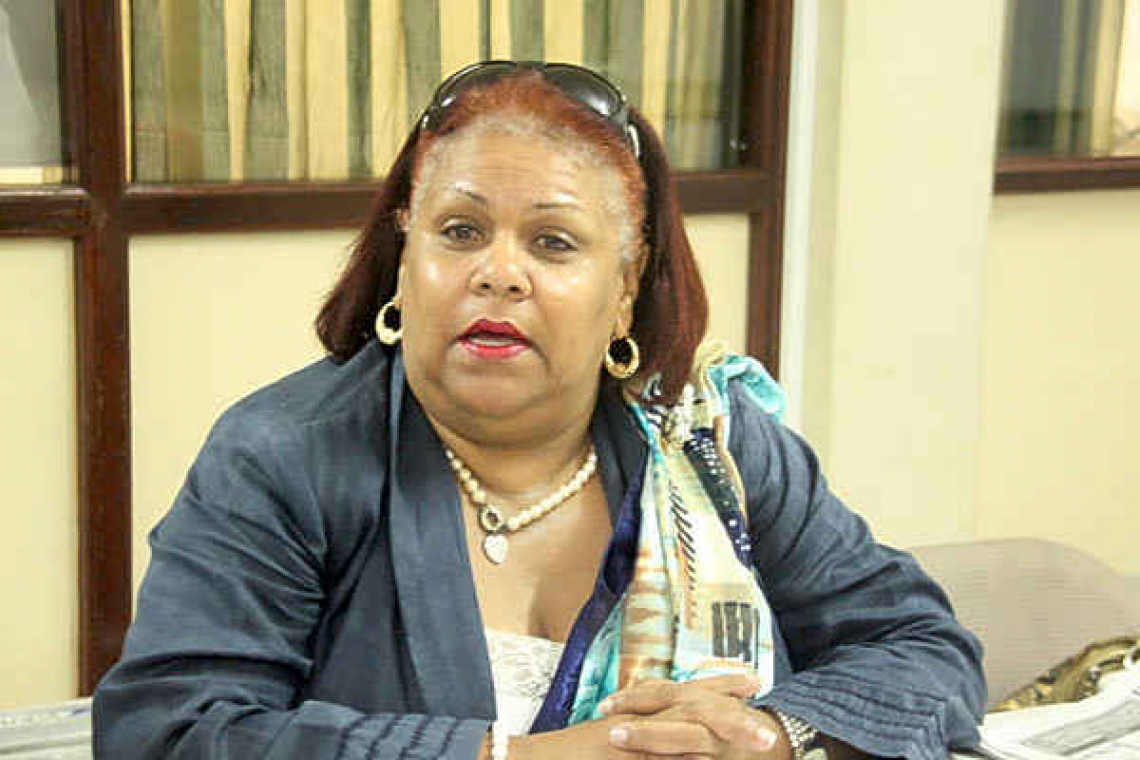 President of WICLU Claire Elshot-Aventurin made the statement during the St. Maarten Consumers Coalition’s (SMCC’s) press conference on Thursday.

During the meeting they expressed their concerns on the Council of Ministers’ recent approval and go-ahead for Carnival this year.

Elshot-Aventurin said the concerns expressed were not only based on the decision made by government, but that it was done without any dialogue or consultation with the unions. She said an analysis was made on the reality that “we are living with the COVID-19 pandemic and the threat of new viruses.”

“As unions, this decision was viewed as irresponsible and not taking into account the risk factors that the front-line workers, all workers and the whole population of St. Maarten (Dutch and French) will be exposed to,” said Elshot-Aventurin.

“It goes without saying that the unions can’t remain silent on this issue, since as unions, the health and safety of the population and the workers are our concerns,” she continued.

She said the coronavirus pandemic has affected the entire world and our leaders should act in consultation with tri-partite committees, before making such decisions that can have far-reaching consequences. “While one might seem to look at this event as an economic boost for the island, it will have a higher cost on the health and take a toll on the rise of cases, whether asymptomatic or COVID-19-active,” said Elshot-Aventurin.

The unified unions in the WICLU further called on the Minister of Public Health, Social Development and Labor VSA and the Council of Ministers to review and reverse this decision.

Elshot stressed that Carnival cannot take place without the front-line workers. “In our view as unions, the pressure, risk and stress on these workers will also affect the

day-to-day operation of all departments,” she added.

She noted that schools will also be affected by this decision. “Since the reopening of the school year with the face-to-face attendance, a number of schools were forced to continue online classes [and – Ed.] quarantine staff members and students after the reopening took place,” she added.

She continued by posing several questions: “Based on the set norms of prohibiting large gatherings, shouldn’t Carnival fall into that same category? Do we have the means to handle the health issue and consequences of this?” The union also asked: What would the financial benefits of holding Carnival this year be, and who will benefit?

Elshot-Aventurin continued by asking, “Who yuh foh? Is it so that all at once the health and safety of the people and their families do not matter?

“In closing I would like to state that the general consensus at this meeting was to request the postponement of Carnival 2021, and a letter will be going to the Council of Ministers forcefully requesting this,” Elshot-Aventurin concluded. “This is not the time for this, St. Maarten.”

WICLU noted that although the presidents of St. Maarten Communications Union (SMCU) and Windward Islands Civil Servants Union/Private Sector Union (WICSU/PSU) were absent from this meeting, both will most likely be in agreement with the mentioned statement.