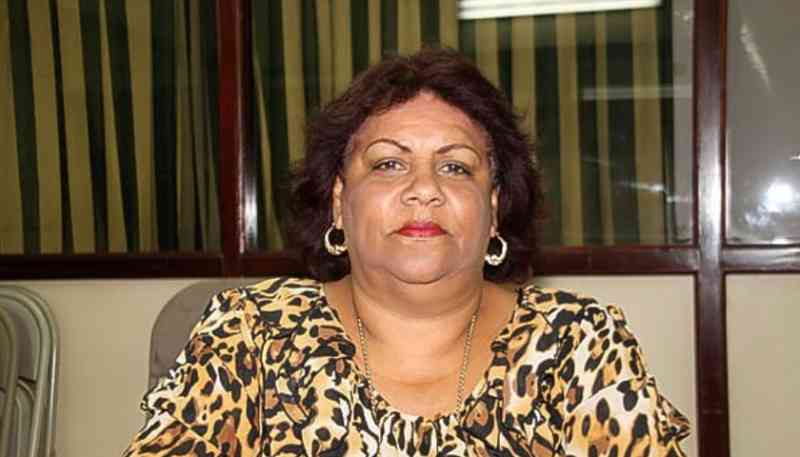 PHILIPSBURG–Unions under the Windward Islands Chamber of Labour Unions (WICLU) umbrella will be meeting next week to discuss the housing situation in the country in preparation for a meeting they want to have with Public Housing, Spatial Planning, Environment and Infrastructure VROMI Minister Miklos Giterson on the subject.

She said information is not forthcoming from authorities about the repair of housing damaged during Hurricane Irma in 2017. Parliament was informed that one year after Irma that only one roof had been repaired by government, Elshot said, posing the following questions to Giterson: “What is the status now of the home and roof repair programme? Who got their roofs repaired? How many roofs were repaired? How many of the unliveable homes have been rebuild?

Elshot said the VROMI Secretary-General had informed the Members of Parliaments of the Kingdom at the Inter Parliamentary Consultation meeting held in St. Maarten in January that Hurricane Irma had damaged 70-80 per cent of available housing in the country. It was said at the time that St. Maarten counts 19,000 housing units.

“Based on this publication we calculated how many homes have to be built back better and stronger. If 13,000 to 15,000 homes have been damaged by the hurricanes, we are now in May 2019, one year and eight months after the passing of Hurricane Irma. We are asking how many of the 13-15 thousand homes on the Southern side of the island have been built back better and stronger,” Elshot said.

She said the VROMI Ministry had announced in November 2017 a roof repair programme for 300-350 homes. NAf. 5 million was allocated to replace T1.11, rafters and/or zinc. Priority would be given to persons who are renting from government, pensioners who own their homes and have a monthly income lower than NAf. 4,000, unemployed homeowners, homeowners who are receiving social aid and homeowners who rent out rooms or apartments and whose total monthly income is less than NAf. 4,000.

“[That] government was brought down, an interim government was formed and elections were held. What did the new Minister of VROMI do with the roof repair programme and the monies that were budgeted to repair the 300-350 roofs?

“Based on that information provided we, as Consumers Coalition, have requested a meeting with VROMI twice which, until today, has not been granted. We wanted government to not focus on home repair, but on home rebuilding better and stronger.

“So, we know of a lot of constructions people started which were stopped by VROMI inspectors. Those who got back money from the insurance companies could rebuild back the house in the same condition that it was. A new building code has been introduced meanwhile to build more resilient homes. In other words, shouldn’t all existing building permits and constructions be reviewed and evaluated to be resilient?” she asked.

“So far, we have not heard the Ministry, in any of the press conferences, speak about a project in preparation to rebuild back better based on the new building codes to be more resilient. Neither have we heard about social housing for the 13,000 poor and needy households. When will this project be prepared? And where is government going to build better social housing for the poor and the needy?” Elshot asked at the press conference.

“When is the next VROMI press conference on home and roof repair and on rebuilding back better and stronger scheduled? When we will be given an update of how much has been built/rebuilt in a resilient manner?

“There are more than 13,000 households in [St. Maarten] with an income of less than NAf. 4,000 or US $2,222 a month, who qualify to get assistance from government for their homes to be rebuilt back better and stronger. How much of these 13,000 poor and needy families got their home rebuilt better and stronger?

“According to our calculations based on press articles in local newspapers less than 1,000 homes have been rebuilt. In other words, more than 12,000 families still need a more resilient home. We are only a few [weeks], months away from the next hurricane season. At this reconstruction pace of less than 1,000 homes in two years to have those more than 12,000 social housing projects constructed will take 24 years,” Elshot said.