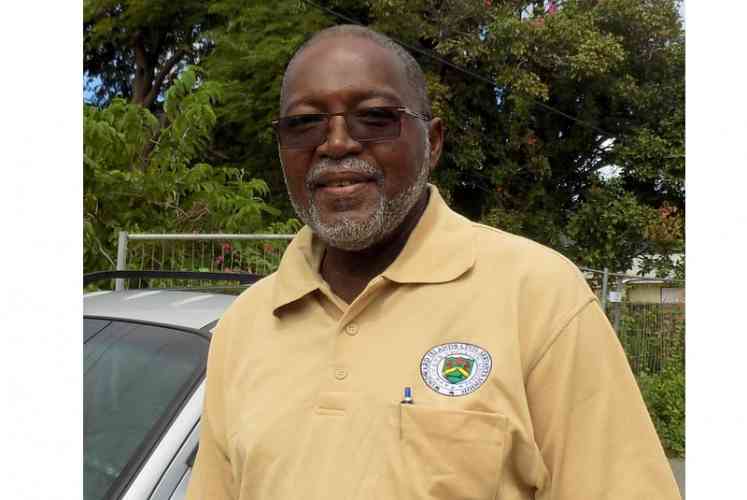 ST. EUSTATIUS–Shop steward Eardley Woodley said that for many years Windward Islands Civil Servants Union-Private Sector Union (WICSU-PSU) has represented the civil servants of St. Eustatius. As a member of the board and shop steward, Woodley said he has always done his “utmost best” to represent all members to the best of his ability.

In August, Acting Government Commissioner Mervyn Stegers announced that an estimated US $1.5 million would be made available for backpay to the Island Government’s civil servants. The civil servants’ backpay dates back to the period from 2013 to 2018.

Woodley said that to date he is still waiting for the minutes of said meeting for his file. He requested the minutes from Acting Island Secretary Malvern Dijkshoorn-Lopes, but she said she could not provide him with this document as her computer had crashed.

On the arrival of Government Commissioner Marcolino “Mike” Franco and Acting Commissioner Stegers, Woodley began negotiations anew. After their meeting, both commissioners promised to do their homework and investigate the situation that they knew nothing about.

Upon completion of their task, they made the promise that a proposal for payment of the backpay would be sent to the Netherlands for approval, after which monies were approved. A portion was paid out to the civil servants, with an outstanding amount “hopefully” to be paid out by the end of the year, said Woodley.

“Thanks to WICSU-PSU for always standing at my back and keeping me strong. And to the present government, I am looking forward to a continued good working relationship,” he said.

Woodley stated that the manner in which the payments were calculated at first was incorrect, because it failed to include raises persons had received over the years.

Efforts were made to reach former commissioners Woodley and Simmons as well as Dijkshoorn-Lopes for comment, but none were received by press time.