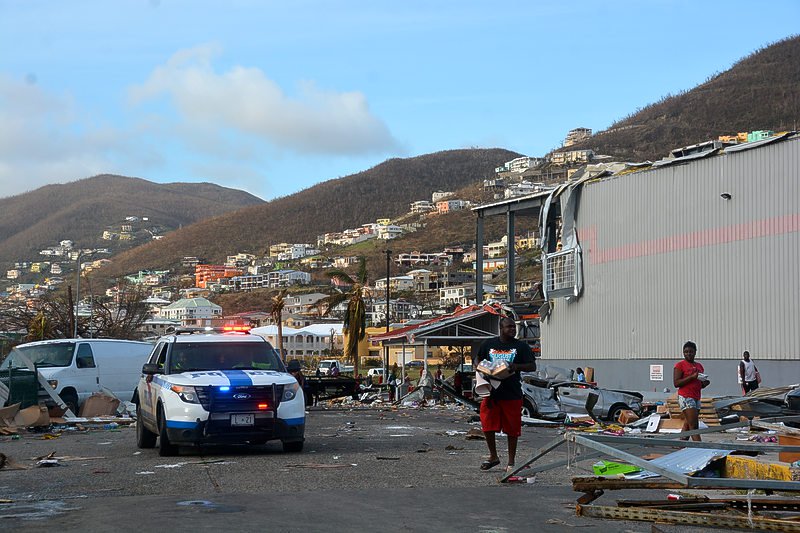 PHILPSBURG–“Come look, a generator,” shouted a shirtless man to his fellow looters just hours after monster storm Hurricane Irma devastated St. Maarten/St. Martin. He was pushing a new generator out of the ripped doors of Safe Cargo, one of the island’s main shipping companies.   He was by far not the only opportunist after the devastating hurricane left the island’s shores. Many people converged on supermarkets, food warehouses, liquor depots, furniture stores and electronic equipment stores to cart away as much as they could with absolutely no shame or remorse.

These acts of greed mean without outside support of food and water, many residents will face severe shortages in the coming days.

Many of the looters proved they were not looking for essentials. They headed to jewellery stores on Front Street, to the Harley Davidson Store to cart off bikes and the iStore to grab mobile phones even though internet is scare. They hauled away televisions and other electronics.

The owner of one major wholesaler said, “I heard I have lost my entire business.”

The Dutch Marines and local law enforcement are manning road block, but they can do nothing to really stop the looters. However, there is an acute need for military and police personnel.