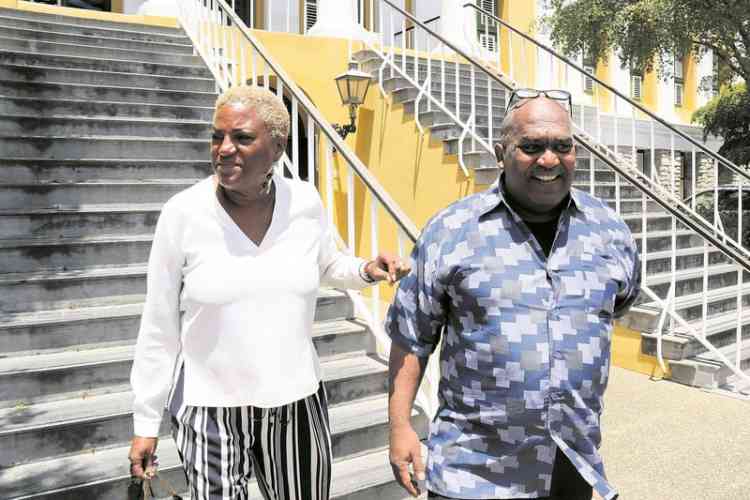 WILLEMSTAD–The two children of murdered Curaçao Member of Parliament (MP) and PS-leader Helmin Wiels claimed damages from ex-Finance Minister George Jamaloodin through the prosecution, the first time they have demanded financial compensation since their father was shot dead at Marie Pampoen on May 5, 2013.

Judge van Lieshout announced this during the first session in the trial against the former MFK-minister. He is on trial on suspicion of having hired the already sentenced killers of Wiels.

The defendant denied any involvement with the paid assassination. However, employees of his company Speedy Security testified that Burney “Nini”Fonseca, who was convicted earlier for being the intermediary between those who ordered and executed the capital crime, and his brother Bryan had visited the office to collect large sums of money in manila envelopes and brown bags.

The claim of Savannah Wiels and Wiels, Jr. consists of 4,000 Netherlands Antilles guilders to travel from the Netherlands where they lived to attend their dad’s funeral on the island, plus NAf. 45,185 in immaterial damages.