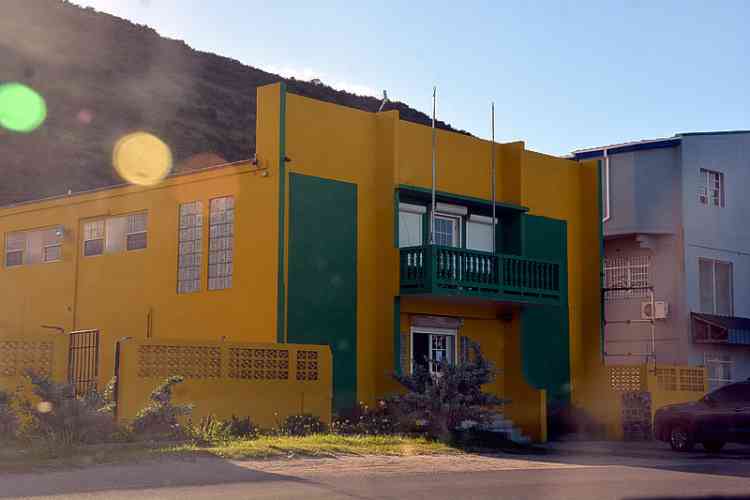 PHILIPSBURG–Workers Institute for Organised Labour (WIFOL) President Theophilus Thompson said on Sunday that the situation in French St. Martin that led to the general strike currently taking place is a clear violation of International Labour Organisation (ILO) stipulations, which calls for dialogue amongst government, business and labour and for a non-confrontational approach to addressing workers’ concerns.

He said also that the strike can affect Labour Day activities, as unions on both sides of the island were planning a joint activity for this year’s Labour Day, which will be observed on May 1.

Based on the ILO structure, Thompson said workers’ organisations, employer’s organisations and government should dialogue to avoid confrontation.

“There should be dialogue. What is happening on the French side is a clear violation of the international labour rights where, while workers’ organisations want to dialogue with their social partner based on international standards, this is being denied. This is why workers are taking the kind of action that they are taking at this time. We hope that this matter could be resolved, because that is one of the reasons why we have Labour Day.”

According to Thompson, Labour Day was established when employers refused to grant workers their right to an eight-hour-per-day workweek. “Many workers all over the world went into international action.”

WIFOL is closely monitoring the situation in French St. Martin “because Labour Day is coming up.”

According to Thompson, an unofficial celebration was held last year amongst unions in Dutch St. Maarten and French St. Martin. A more permanent and official coming together of the labour force on the island was being planned for this year. While there are two separate governments on the island, the labour force is singular. “What happens to workers on the Northern side will affect the Southern side.”

“A joint activity was being planned, but due to what’s happening on French side, I don’t know what will happen now. On the Dutch side we always have the honouring of persons, but we are seeing a turn of events. In the Caribbean and globally speaking, workers are facing challenges and dialogue should be held. What is happening on the French side is not good.

“The ILO had set up a standard of social dialogue for business, government and labour. The time for confrontation is of the past, we should be talking to each other and come to a settlement and this is a concern to us representing the ILO.”

Another distraction from Labour Day is Carnival. “WIFOL has been championing the cause that Carnival should be moved from this time of the year because it is not just affecting the workers’ celebration of Labour Day, but also kids’ education because this is a time when exams are being held and when we look at grades on yearly basis, it is not satisfactory and it is nothing that we should rejoice about.

While Carnival should be a cultural expression of the masses, it is turning into a capitalist venture,” he said.