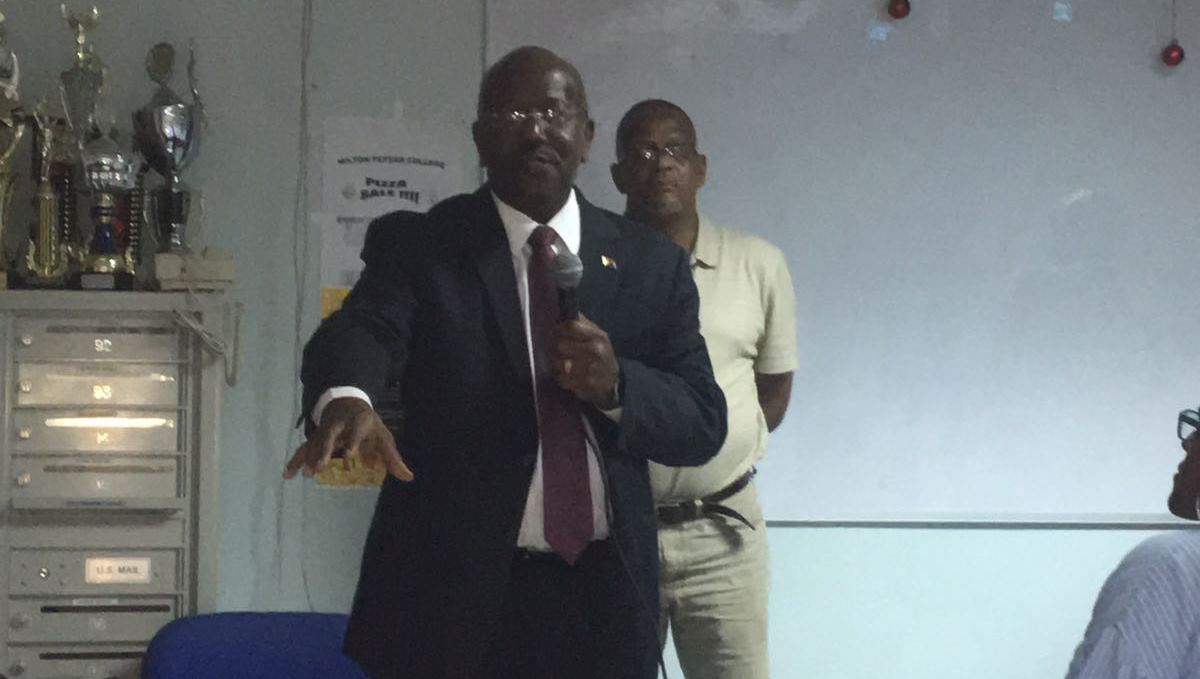 The community meeting was held with intentions of gathering members of the South Reward community as a means to inform on current works that are in progress by the association as well as to have an open floor allowing attendees to voice their concerns on various community issues, contribute their ideas and opinions of possible solutions and cooperation in building a much stronger and better South Reward, it was stated in a press release.

Marlin’s team noted concerns made by residents at the forum with intentions to further investigate to gain deeper understanding of the matters to better resolve them. According to the release, Marlin played “a very instrumental role” in the upgrading of the community basketball court which is located beside MPC.

Before the meeting ended, Marlin took to the floor to clarify and further expound on some of the concerns raised. Top concerns surrounded Utilities Company GEBE, the current state of garbage collection, creation of community parks and recreational spaces for residents and traffic congestion.

In addressing the garbage situation, Marlin encouraged attendees to recycle. “Our garbage situation inclusive of the dump is very much a concern. However, we all can do our part in assisting to alleviate the situation by starting to do our share of recycling at home,” Marlin said.

“Several months ago I started separating garbage used within my household. Separation of plastic and glass bottles and flattening cardboard boxes are all new practices I’ve personally developed and I must say, what a tremendous difference this has made and continues to make in the collection of my garbage.

“Rather than throwing all waste in the garbage bin alongside the street I would take all bottles and card boxes to the recycling bin on the Pondfill (Walter Nisbeth Road – Ed.) directly opposite Blue Point. Adopting a habit of daily recycling will greatly assist in the mounting of garbage on our dump which by extension will lessen the ignition of fires.”

Marlin, also a resident of South Reward, was said to have been “very pleased” by not only the number of residents who attended the meeting, but also their interest in wanting to work together with the St. Maarten Community Collective South Reward Association to collectively improve the community of South Reward.

The Prime Minister’s cabinet “is focussing even more on establishing as well as strengthening community ties and engagement.”